Turkey to donate 100 tons of flour to Syrian civilians 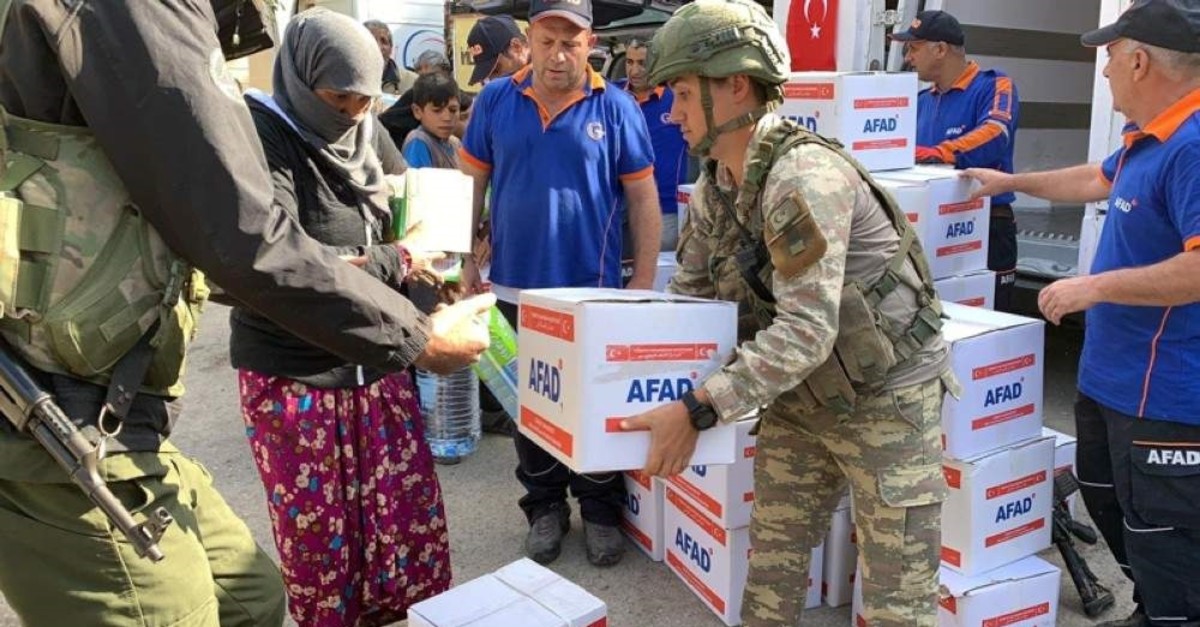 Turkey is going to donate 100 tons of flour to countries in need, mainly Syria. The precedential decision was published in the Official Gazette on Thursday and pointed out that an additional 10 tons of lentils and chickpeas would be included in the donation.

The presidential office appointed the acquirement of the goods to the Turkish Grain Board (TMO), which will transfer the donation to Turkey's Disaster and Emergency Management Authority (AFAD). The AFAD will then distribute the goods to civilians in need. The costs of the distribution will be handled by the treasury, the Official Gazette lined out.

The Presidential Communication Directorate announced in late October that, as of that date, the AFAD and the Turkish Red Crescent had supplied 600 food parcels, 35,000 kilograms of flour, 22,300 loaves of bread, 5,579 units of other food items, 2,442 units of bottled water, 2,699 units of other drinks, 605 hygiene sets, 840 blankets and 1,000 toys for children to civilians in the Operation Peace Spring area.

Turkey launched Operation Peace Spring on Oct. 9 to eliminate terrorists from northern Syria in the area east of the Euphrates river to secure Turkey's borders, aid in the safe return of Syrian refugees and ensure Syria's territorial integrity. Operation Peace Spring was the third in a series of cross-border, anti-terror operations in northern Syria targeting terrorists affiliated with Daesh and the PKK-affiliated People's Protection Units (YPG).