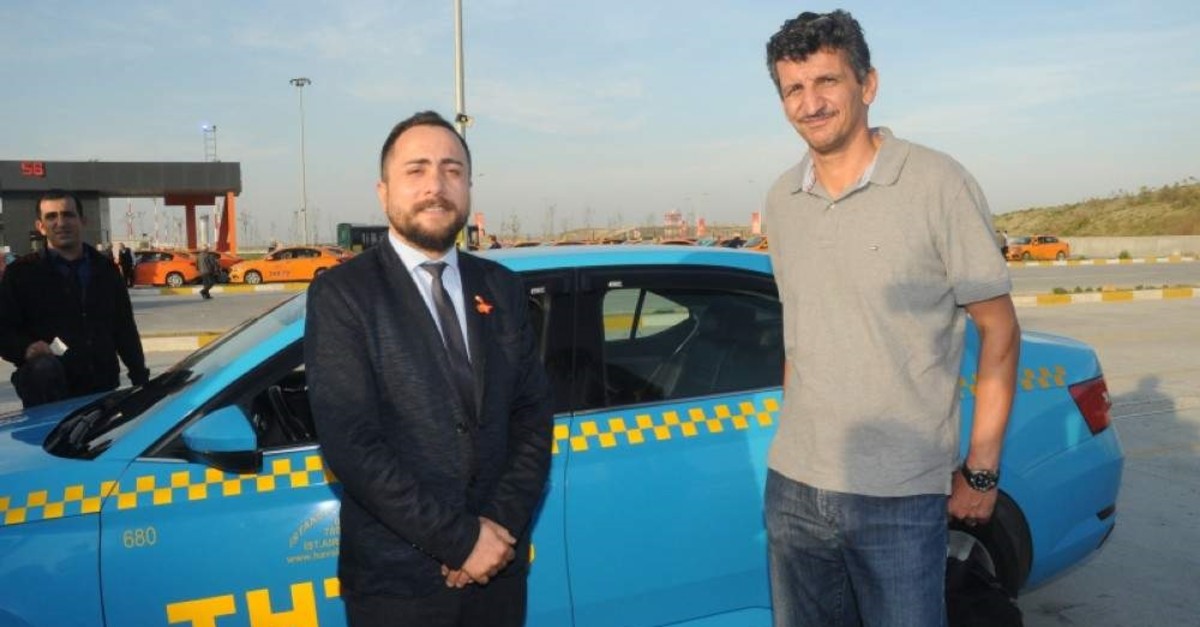 by Daily Sabah Nov 08, 2019 1:41 am
A taxi driver in Istanbul who found and returned TL 128,000 forgotten in his car to its rightful owner was praised for his exemplary behavior.
Ahmet Cihan Ay picked up the lucky customer at Istanbul Airport, where he is stationed, and dropped him in Üsküdar. After Ay dropped off his passenger, he realized his customer forgot a bag full of cash. Ay quickly contacted the authorities and made sure the money was returned to its rightful owner.
Passenger Hakan Gölkaya said he forgot his bag due to tiredness from the flight and thanked Ay for returning his money. The taxi drivers association Ay is enlisted with also gifted him a gold coin for his honesty, a traditional gift in Turkish culture.
However, this was not the first time the taxi driver found and returned a substantial amount of money. Five years ago, Ay returned another bag full of money, a total of TL 6.5 million, to be precise, to its owner after finding it in his car.
Last Update: Dec 20, 2019 1:31 am
RELATED TOPICS