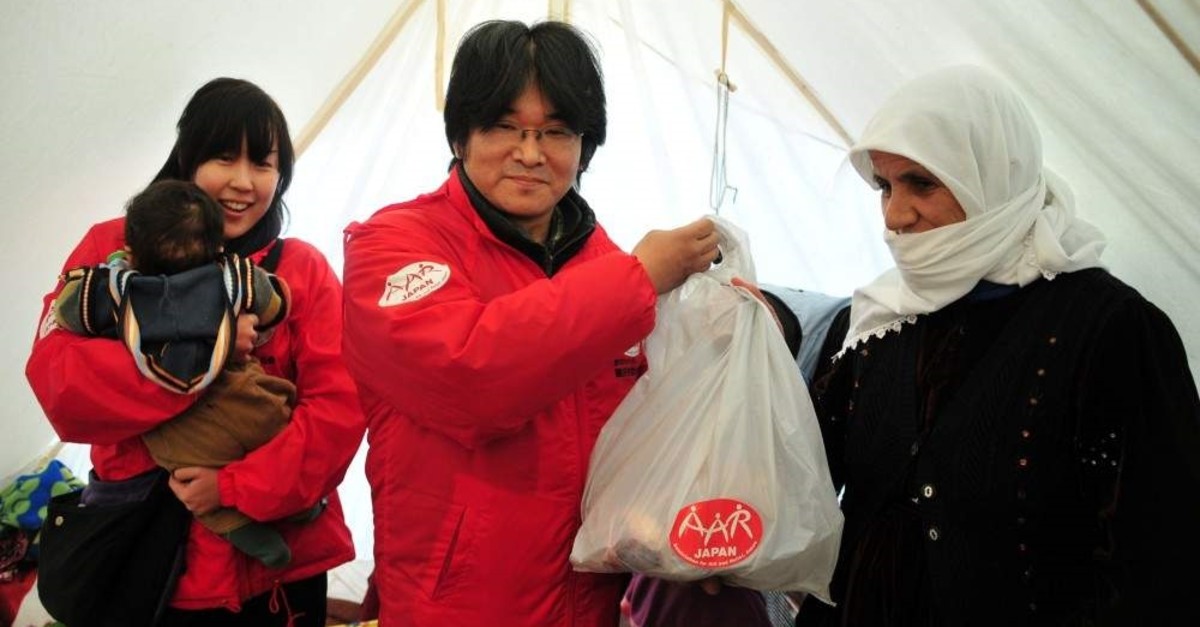 Years have passed since Atsushi Miyazaki lost his life in the eastern Van province of Turkey following an earthquake in 2011, but he is still a source of inspiration and respect in the eyes of Turkish people.

Miyazaki came to the rescue of earthquake victims in Van province when it was struck by a 7.2-magnitude earthquake on Oct. 23, 2011, and extended a helping hand to people both as a doctor and an aid worker. But a 5.6-magnitude quake jolted the city again on Nov. 9. The second earthquake caused his hotel to collapse to rubble, and Miyazaki, badly injured, was taken out of the pile of debris following intense rescue operations, but succumbed to his wounds at a hospital. With his smiling face and aid activities, even today he is recalled as the "hero of the earthquake" by the locals of the province.

Every year, he is commemorated in the province; many streets, schools, parks and avenues have been named after him so that his legacy will never be forgotten.

Cengiz Aras, secretary general of Van’s Chamber of Commerce and Industry, said hundreds of people were killed following earthquakes in Van in 2011, and Miyazaki became one of the symbols associated with the quake and aid activities. "It is significant that he came from another corner of the world and worked to bind up the wounds of the people in Van. We named our meeting hall after him," Aras said. He added that a school, hospital clinic and farmland in the province were also named after the Japanese aid worker.

According to the Disaster and Emergency Management Authority (AFAD), the Oct. 2 and Nov. 9 quakes of 2011 claimed 644 lives and left almost 2,000 people wounded. A total of 252 people were rescued from the debris.