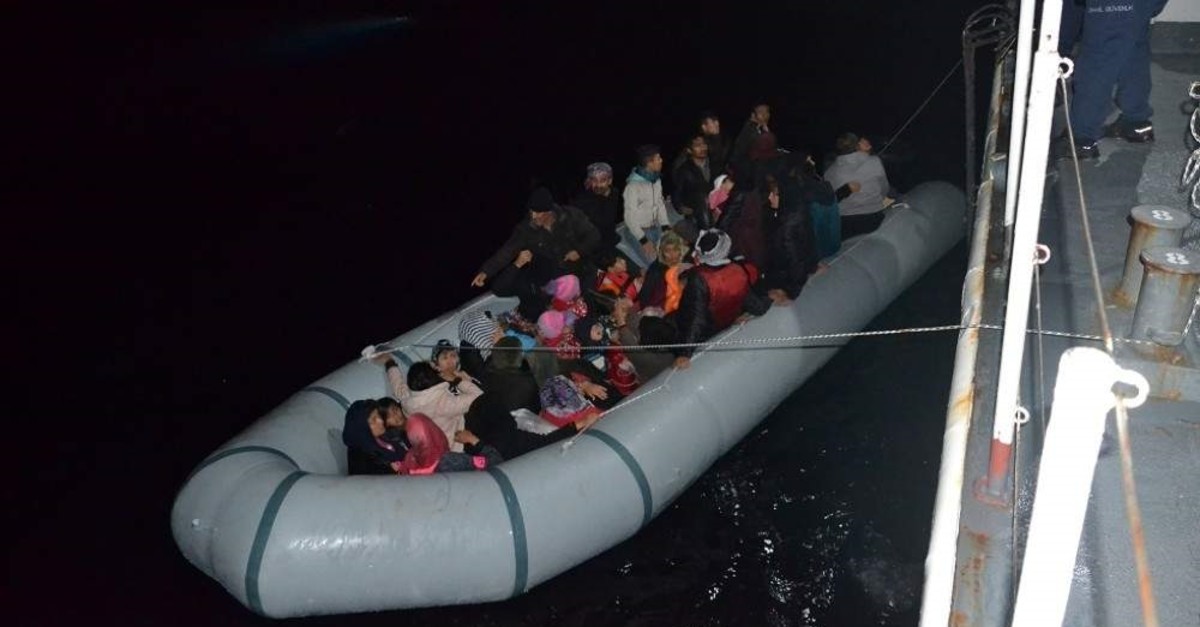 The Turkish Coast Guard Command fights illegal immigration via the Aegean Sea connecting Turkey with Greece but the flow of migrants keeps on prevailing. The latest figures show 48,550 illegal migrants were intercepted by the coast guard in the region since January.

The Coast Guard units play a key role in helping migrants to safety as their illegal journeys often turn out more lethal than expected. Sgt. Ramazan Eser is the commander of the TCSG 28, a Coast Guard unit patrolling an area between Ayvalık and Ayvacık, two coastal towns in Balıkesir and Çanakkale, respectively, in the northwestern tip of the Aegean coastline.
Speaking to İhlas News Agency, Eser said the Coast Guard allocated 70% of its resources to fight illegal immigration, specifically to stop migrant deaths, in the ongoing Operation Aegean Hope and Operation Safe-Med that were launched in 2015. Eser says between Jan. 1, 2019 and Oct. 28, 2019, 48,550 illegal migrants were intercepted in the Aegean Sea by the Coast Guard’s units.

Eser blamed migrant deaths on the types of boats used by illegal migrants and supplied by human smugglers.

“Unfortunately, they board rubber boats which are not strong enough for the waves of the Aegean. Wooden boats that are not seaworthy are also preferred and they often travel in overcrowded boats, way over their capacity. These journeys unfortunately turn into rescue missions and, sometimes the journeys end up with the deaths of migrants,” he said.

The country is located between the European and African continents and is often used as a junction point to enter European countries.

Each year thousands of illegal migrants, many of them fleeing war, hunger and poverty back in their home countries, take a dangerous route to cross into Europe for a better life.

Some of the migrants reach Turkey on foot before eventually taking a dangerous journey across the Aegean to reach the Greek islands. People have lost their lives trying to make this journey of "hope" while many of them have been rescued by Turkish security forces.