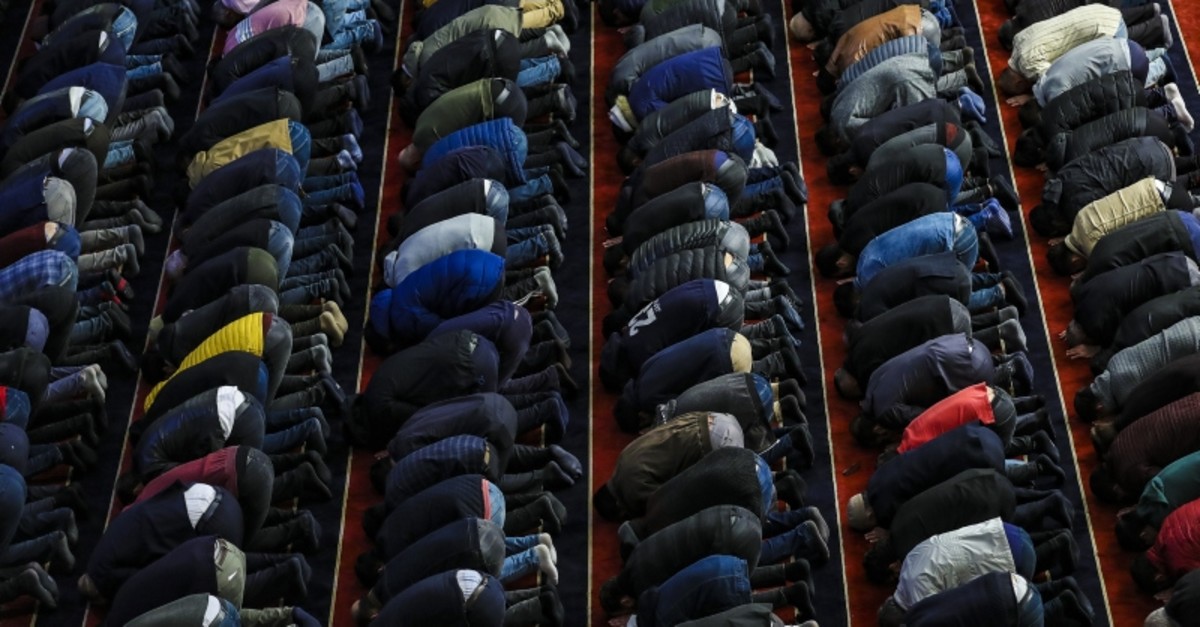 Millions of believers filled mosques across Turkey on Friday night as they marked Prophet Muhammad's birthday, an occasion Muslims around the world observe as Mawlid an-Nabi.

Prophet Muhammad was born in Mecca, Saudi Arabia in the year 570 A.D. Muslims around the world celebrate his birth each year on the 12th day of Rabi' al-Awwal, the third month of the Islamic calendar.

The day varies from country to country since Muslims use the lunar calendar. The prophet passed away on the same day as that of his birth, at the age of 63.

On this sacred night, believers say their prayers and read the Holy Quran in their homes and mosques. Various religious programs were organized at mosques throughout Turkey.

Marking the start of Mawlid celebrations, President Recep Tayyip Erdoğan stressed that the bonds of the ummah (community) of Muslims worldwide are too strong to break.

"What makes us worry about the problems of people who are thousands or tens of thousands of kilometers away from our country is Islam as a common denominator, and the consciousness of being an ummah," Erdoğan said at a ceremony in Istanbul.

"Universal Muslim fellowship has no limits. No one can sow discord among us," he added.