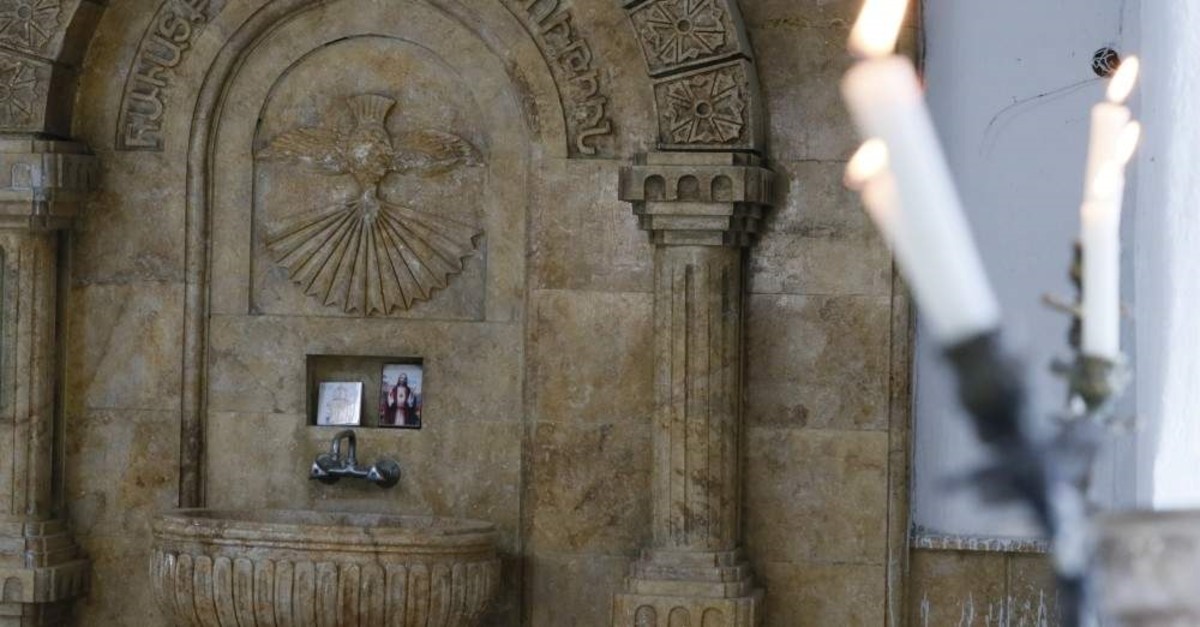 Turkey has restored an Armenian Orthodox Church that was used by the PKK's Syrian affiliate the People's Protection Units (YPG) as a military base in Tal Abyad and re-opened it for worship.
The Defense Ministry announced that the first church service since the terrorist group's occupation was held Sunday during which Armenians prayed freely in the church.

"While maintenance and renewal works are being undertaken in all fields to meet the needs of the locals, the Armenian Church in Tal Abyad which YPG terrorists extensively damaged after using it as a military HQ, is being reconditioned from top to bottom," said the statement.

Um Ilyas from the Armenian community said he was happy to be able to pray in the church after so many years.

"Thanks to Turkey we are able to come here for worship again," said Ilyas.

"Now, everyone lives peacefully and happily here. Many thanks to everyone who contributed to our country, we are all brothers," he added.

Maria Kadmus, a fourth-grader, came to the church with her mother and thanked everyone who contributed to the reopening of the church.

The YPG terror group has many times used civilian settlements and places of worship as a cover to target Turkey after Ankara launched a counter-terror operation in northern Syria.

Snipers of the terror group have also used minarets of mosques to target anti-terror units in the region.

Ankara and Washington reached a deal on Oct. 17 to pause the operation for 120 hours to allow the withdrawal of YPG/PKK terrorists from the planned safe zone.

On Oct. 22, Turkey reached an agreement with Russia allowing the terrorist YPG/PKK to withdraw from a planned terror-free zone, where Ankara wants to repatriate millions of Syrian refugees it is currently hosting.

In its more than 30-year terror campaign against Turkey, the PKK – listed as a terrorist organization by Turkey, the U.S., and the European Union – has been responsible for the deaths of 40,000 people, including women, children and infants. The YPG is the Syrian offshoot of the PKK.