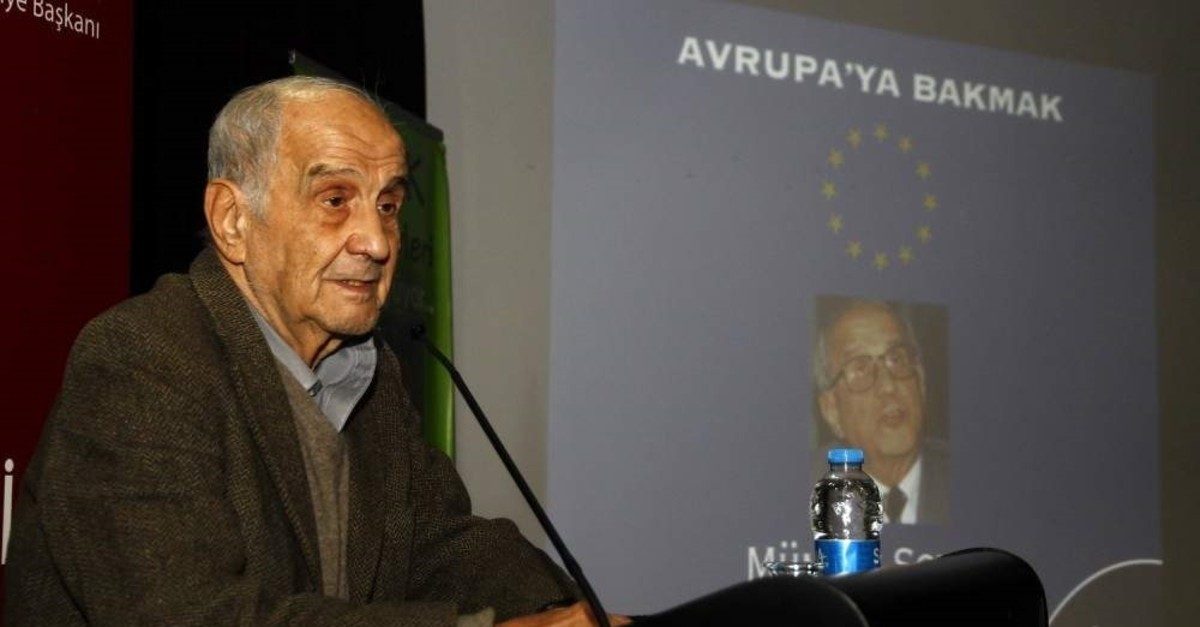 Besides being a statesman and academic, Soysal was also known for his constitutional advisory role to the Turkish Republic of Northern Cyprus (TRNC) in formal negotiations on the Cyprus question with the Greek Cypriots, United Nations and other parties to the conflict. He was also a longtime adviser to the TRNC's founding and longtime President Rauf Denktaş.

Born in 1929 in the northern Turkish province of Zonguldak, Soysal studied at the prestigious Galatasaray High School and obtained two degrees from Ankara University's Faculty of Social Sciences (SBF, also known by its Ottoman-era name "Mülkiye" for raising bureaucrats and diplomats) and Faculty of Law.

Sosyal long served as a professor of constitutional law at the SBF, becoming a household name in Turkey's political and legal circles. Following the 1960 coup that toppled the ruling Democrat Party (DP), Soysal was one of the deputies of the short-lived Constituent Assembly – introduced by the military junta – from the Republican People's Party (CHP), serving as a member of the Constitutional Commission that penned the ill-fated 1961 Constitution which was scrapped 19 years later by another military coup.

In 1971, Soysal was elected the dean of the SBF – a bastion of Turkish left-wing student movements since the mid-1950s – but was removed from his post soon after the March 12 military coup, mainly launched to prevent a possible left-oriented coup and curb rising ideological unrest. At the time, Soysal was one of the founders and contributors of the "Yön" magazine, an influential left-wing Kemalist publication that called for a top-down socialist revolution to be carried out by the military and bureaucracy.

Following the coup, Soysal was charged with making communism propaganda and sentenced to six years and eight months of heavy imprisonment – of which he served 14.5 months – while facing a lifelong ban from holding public office, which was later pardoned along with many other figures. Soysal married his wife Sevgi at the infamous Mamak Military Prison while he was serving his sentence. The couple had two daughters in 1973 and 1975. A year later, Sevgi Soysal died of cancer at the age of 40.

Sosyal later held the posts of vice chairman, general secretary and executive board member at Amnesty International between 1974 and 1978. In 1979, he became the first-ever recipient of the UNESCO Prize for Human Rights Education. Throughout his career, he served as a columnist in various newspapers, in addition to serving as the chair of the Mediterranean Community Research Council.

Soysal was elected to Parliament in 1991 elections as an Ankara deputy from the Social Democratic Populist Party (SHP), which entered into a coalition with the center-left True Path Party (DYP). He soon became a vocal critic of the government in various policy areas including the lack of democratization, the state of emergency introduced in eastern provinces to curb the PKK's terrorist activities, the U.S.-led Operation Provide Comfort against the regime of Saddam Hussein in Iraq, the Cyprus question and privatization, with the latter becoming a source of tension with the DYP. In 1994, he assumed the post of foreign minister under the government of Prime Minister Tansu Çiller but resigned four months later. In 1995, Soysal switched to Bülent Ecevit's Democratic Left Party (DSP) but resigned from the party in 1998. He established a party in 2002 but failed to garner support.