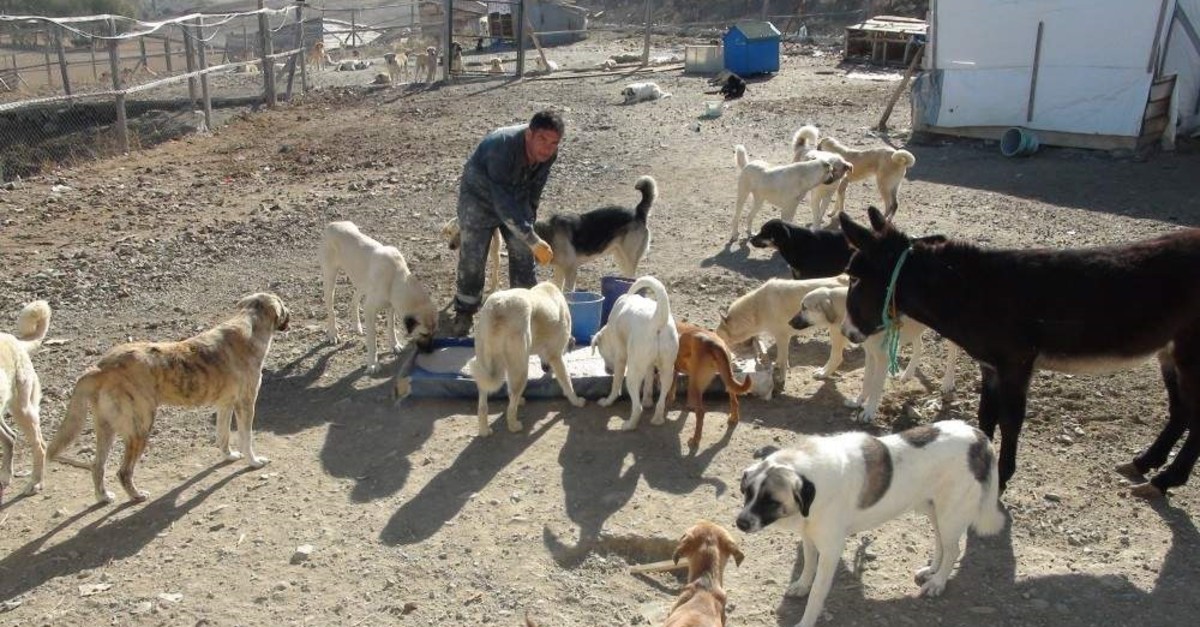 ?smail Bolat feeds stray dogs at the shelter he built in Yozgat, Turkey. (IHA Photo)
by Daily Sabah Nov 11, 2019 4:57 pm
Ismail Bolat, an excavator operator living in Turkey's central province of Yozgat, has become a guardian angel for stray dogs living in the city as he dedicates all his free time to feeding and looking after some 250 canines living in a nearby shelter.
Speaking to Ihlas News Agency (IHA), Bolat said he has been animal lover since he was a child and that his quest began with a single puppy he adopted from the streets. "I used to pity them. Then I adopted a dog and my love for animals grew even more. Soon, one became two, two became three, and I found myself caring for stray dogs after seeing them dig in the trash for food," Bolat said.
According to Bolat, the first shelter in the city was built with the help of locals but after it reached full capacity, he decided to build a second one with his own means. "Right now I have 250 dogs. They were either sick or hungry when they first came. With the help of my veterinarian friend we healed them and neutered them. Now they are living a safe and happy life," Bolat said.
Bolat called stray animals the "most vulnerable members of the society" and urged everyone to look after them.
Last Update: Dec 20, 2019 1:36 am
RELATED TOPICS