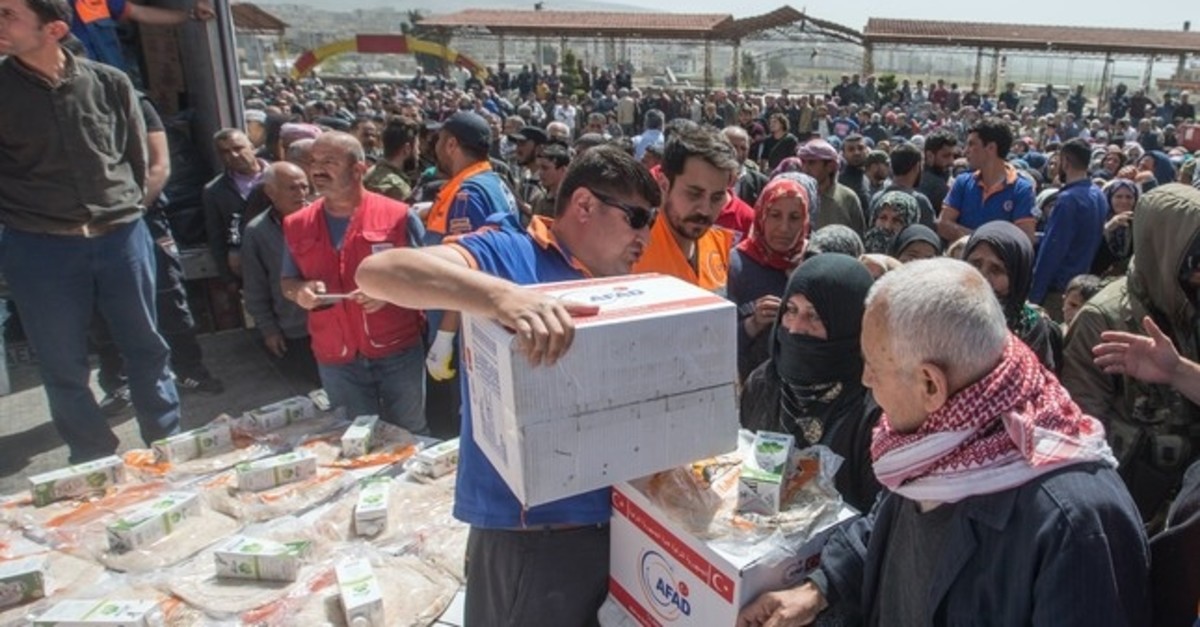 A Turkish aid agency is continuing to coordinate the distribution of food, water, personal care items, blankets, and toys to civilians in parts of northern Syria that were liberated in the Turkish military operation launched last month.

Turkey's Disaster and Emergency Management Authority (AFAD) said on Monday that it continues to distribute humanitarian aid from the Turkish Red Crescent and other NGOs to the area of Operation Peace Spring.

Ankara wants YPG/PKK terrorists to withdraw from the region so that a safe zone can be created to pave the way for the safe return of some 2 million refugees.

On Oct. 22, Turkey and Moscow reached a deal under which YPG/PKK terrorists would pull back 30 kilometers (18.6 miles) south of Turkey's border with Syria, and security forces from Turkey and Russia would mount joint patrols there.

In its more than 30-year terror campaign against Turkey, the PKK - listed as a terrorist organization by Turkey, the U.S. and the European Union - has been responsible for the deaths of 40,000 people, including women, children and infants. The YPG is the PKK's Syrian offshoot.