Turkey breaks world record for most saplings planted in 1 hour 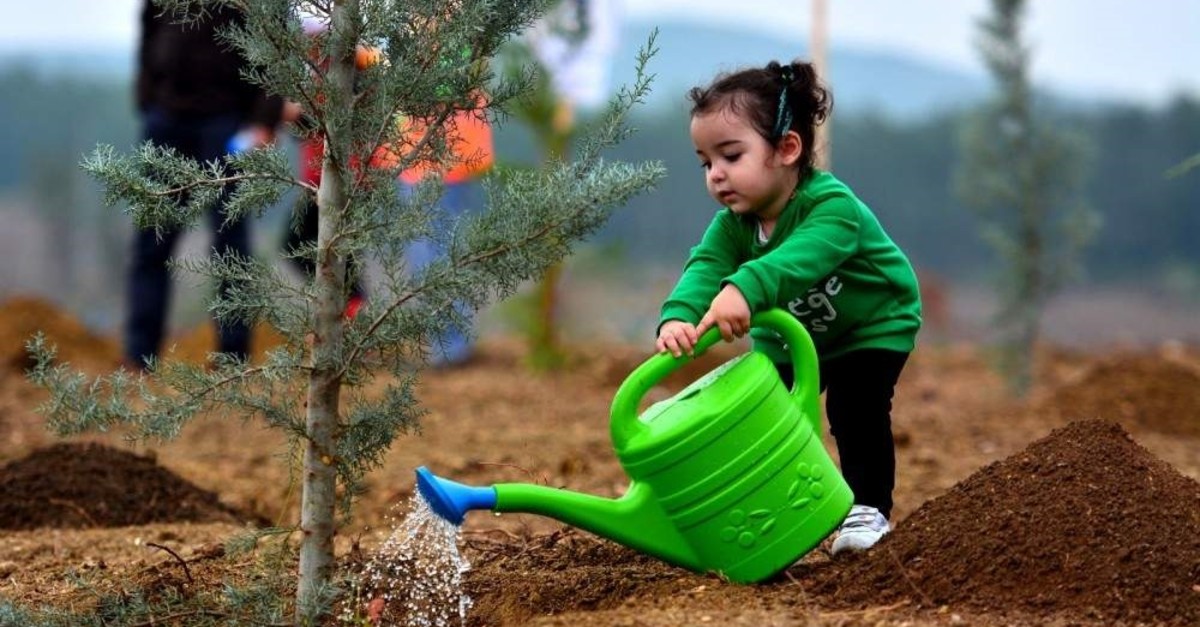 by Daily Sabah with AA Nov 12, 2019 4:08 pm
Turkey has set a new world record for planting the most saplings in an hour, a Guinness World Record official announced Tuesday. The record came during the country’s massive tree-planting campaign on Monday when 11 million saplings were planted across the country.
"I hereby officially approve that the world record for most saplings planted in one hour belongs to (Turkey’s) Ministry of Agriculture and Forestry from now onwards with 303,150 saplings,” Şeyma Subaşı Gemici told reporters.
In the central province of Çorum, a team of volunteers planted 303,150 saplings within an hour, beating Indonesia’s previous record of 232,647 saplings.
Agriculture and Forestry Minister Bekir Pakdemirli said preparations were underway for another world record for "the largest online photo album of people planting saplings.”
"The (uploading) of the photos are still ongoing... I hope the results of it will also be registered by Guinness after the technical requirements are fulfilled,” Pakdemirli said.
The Agriculture and Forestry Ministry launched the “Breath for the Future” campaign in August, initially aiming to plant 3 million saplings in one go and to make it into the Guinness Book of World Records, but the number quickly grew as the campaign drew large amounts of interest from citizens.
As the campaign grew wider due to wide interest from citizens, President Recep Tayyip Erdoğan declared Nov. 11 as National Forestation Day, with the mass tree planting event to be repeated every year on the same day.
Last Update: Dec 20, 2019 1:38 am
RELATED TOPICS