Turkey ready for winter with staff, rescue vehicles on highways 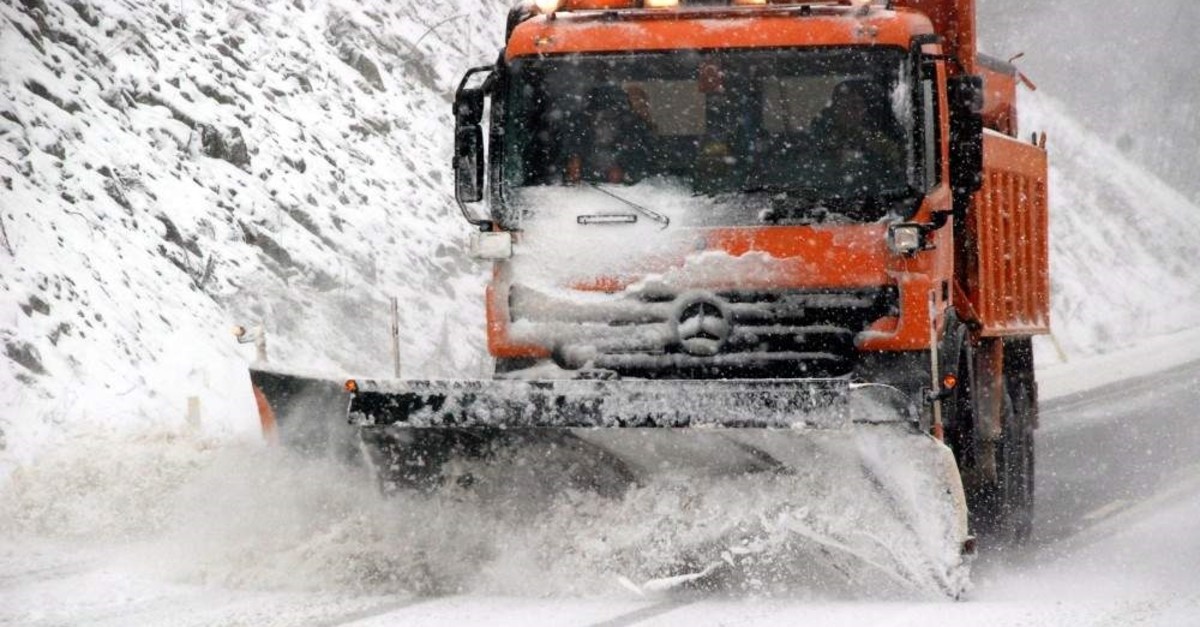 Turkey is ready for the winter with a total of 12,146 personnel to take part in roadworks across the country to provide safe transportation in winter conditions, Transportation and Infrastructure minister said Sunday.

Cahit Turhan told Anadolu Agency that a new center established within the General Directorate of Highways (KGM), with the aim to provide safe transportation during the winter season, monitors a total of 68,254 kilometers of road network 24/7 with cameras and information systems.

Turhan said all the efforts to fight snow and icing are carried out for the citizens to make journeys safe and comfortable throughout the country. He noted that the “Winter Program Maps” which express the physical status of the roads, as well as the traffic volume, were also shared with gendarmerie and other security units.

Some 12,146 staff from 432 centers will work this year for the safety of the citizens, Turhan added.

Turhan also highlighted the role of the drivers in fighting against possible problems on the roads, saying that “if the drivers do not act in accordance with the seasonal conditions, the roads will be blocked, warning that the traffic rules should be closely observed.

“There must be a chain, tow rope and wedges in the vehicles. Fuel should be kept full of vehicles in consideration of adverse situations, spare food and clothing suitable for winter conditions should be kept,” Turhan noted, adding the drivers should be careful against sudden landslide and collapses in areas that receive extreme rainfalls.

Turhan pointed out that the speed of the vehicles should be adjusted according to the load, visibility, road and weather, adding that the drivers should not take the roads tired and sleepless.

Further explaining the precautions took for the safety of the highways, Turhan said that approximately 419,757 tons of salt, 371,148 cubic meters of salt aggregate (sand and gravel mixture), 4,012 tons of chemical solvents are stored, adding they are prepared for each situation.

Turhan noted that the preparations at the airports continue as well at full speed, underlining that 304 special purpose vehicles will be used within the scope of snow-fighting services at the airports.

“In addition, approximately 700 personnel trained and experienced in fighting winter conditions will be employed,” Turhan said adding that necessary materials against icing will be ready in for use in airports.

The railway lines will be open for 24 hours in winter as well, Turhan said, noting that all railway staff will be on alert against any possible irregularities.

Snow-plow vehicles and teams will be kept ready in eastern provinces of Turkey where the winter conditions are heavier and also in central Konya province that locate son the high-speed railway line, Turhan noted adding that in necessary situations the speed of the trains will be reduced.