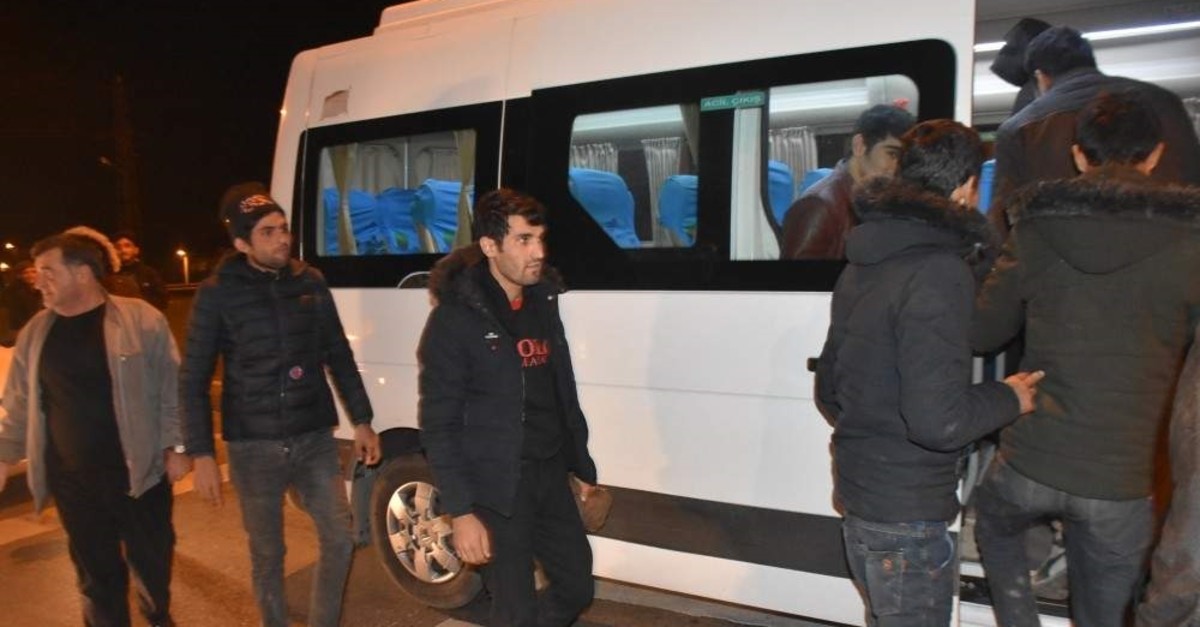 Greek security forces rounded up 30 irregular migrants in a boat after physically assaulting them and pushed them toward Turkey’s Edirne through the Maritsa River, reports said Monday.
The migrants, who are allegedly Pakistani, Afghanistan and Algerian nationals, were detained by Turkish authorities near the Greek border in Edirne’s Uzunköprü district.
They claimed that they were beaten by Greek police and forcefully put on a boat headed to Turkey, Demirören News Agency (DHA) reported.
They also claimed that the Greek police confiscated their money and other valuables before being unlawfully sent to Turkey.
The Turkish Foreign Ministry announced in October that Greece pushed 25,404 migrants in the past year.
Meanwhile, at least 3,547 irregular migrants were held across Turkey over the past week, according to data compiled by Anadolu Agency from security sources.
Turkish gendarmerie forces held 1,601 of the migrants in the northwestern province of Edirne which borders Greece and Bulgaria.
According to local sources in Edirne, Greece has stepped up efforts to send irregular migrants to Turkey in violation of the Geneva Conventions, the European Convention on Human Rights and the U.N. Convention Against Torture.
In the coastal cities of Muğla, Çanakkale, Izmir, Balıkesir, Mersin and Aydın, the Turkish Coast Guard and gendarmerie forces rounded up over 1,500 migrants.
Turkey has been a key transit point for irregular migrants aiming to cross to Europe to start new lives, especially those fleeing war and persecution.
Separately, in the northwestern provinces of Kırklareli and Tekirdağ, a total of 235 migrants were held by gendarmerie forces.
Also, a total of 68 irregular migrants were held in the capital Ankara.
In the eastern Malatya and Erzincan provinces, the police detained 30 irregular migrants.
Additionally, 69 migrants were held in southeastern Diyarbakır province.
The migrants included Pakistani, Congolese, Syrian, Iraqi, Iranian, Afghan, Moroccan, Egyptian, Bangladeshi, Somalian, Yemeni,
Palestinian, Malian, Gabonese, Senegalese, Burundian, Cameroonian, Angolan, Libyan, Lebanese South African nationals.
All of the migrants held during the week were either taken to hospitals for medical treatment or transferred to provincial migration offices.
In 2018, 268,000 irregular migrants were held in Turkey, according to the Interior Ministry.
Some 336,707 irregular migrants have been held in 2019 so far, said Interior Minister Süleyman Soylu.