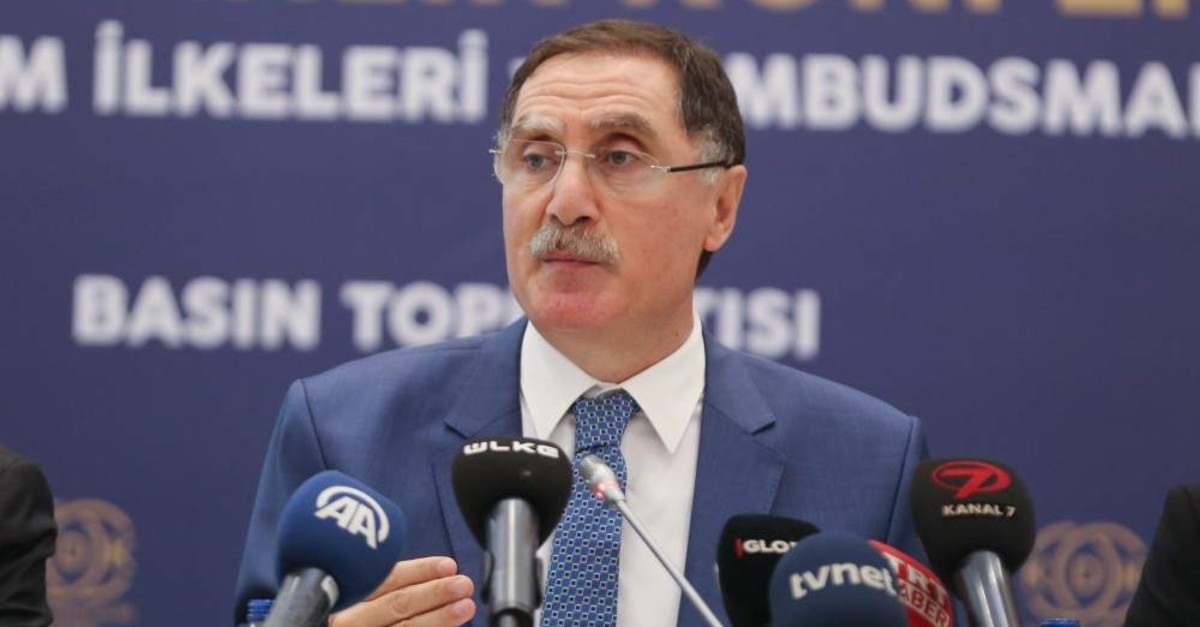 Officials from 60 countries, along with academics and human rights representatives, convened in Istanbul for the 2nd International Ombudsman Conference to discuss recent developments

The number of decisions made by the Turkish Ombudsman Institution to be adopted and ratified has increased to 70% since the institution was established six years ago, said its chief auditor on Monday, asserting the importance of the achievements the country made in such a short time.

Speaking at the opening of the 2nd International Ombudsman Conference held in Istanbul, Chief Auditor Şeref Malkoç said that the rate was rather significant, since the institution is relatively new compared to those of other nations, especially Scandinavian countries, where the rate is approximately 80%.The conference was organized within the scope of a EU-supported project aiming to strengthen the government auditor's role in the protection and promotion of human rights, drawing large attendance from representatives of ombudsman institutions from around the world.
Officials from some 60 countries, as well as academics and human rights representatives, would have a chance to discuss recent developments in their respective countries over the course of the two-day conference, said Malkoç, noting that the exchange of knowledge was important in order for countries to improve their institutions.President Recep Tayyip Erdoğan, who gave a speech during the first day of the conference, said that he believed the more a country strengthens individual and community rights, the stronger the state will be, explaining that the founding of an ombudsman institution was a product of this approach.Erdoğan stated that structures that are were not human-oriented and straightforward were doomed to ultimately collapse, adding that state administrations were far from reliable when unaccountable, with transparency among state administrations based on law and human rights now having become the accepted norm.
Asserting the importance of an ombudsman in this regard, Erdoğan said that the auditor institution enabled “the voices of individuals and organized groups to be heard at all levels.”Erdoğan noted that that principles of good governance — namely impartiality, respect for acquired rights, respect for the right to information, the fight against discrimination and protection of personal data — are easy to apply in countries that have established democratic institutions and a high level of social welfare, adding that Turkey was among those with few difficulties in this regard.Turkey is a country with an experience of multiparty democracy for some 70 years, despite all the difficulties, Erdoğan stated, adding that the country was now governed by an administration that prioritized the individual and their relation with the state.
“We want good governance not just for our own people, but for everyone,” Erdoğan said.
Also speaking at the opening, Eleftheria Pertzinidou, vice chair of the EU delegation to Turkey, said that the Turkish Ombudsman Institution has witnessed a big increase in its number of claims, before noting that just as the EU had been supporting the institution from the very beginning, it would continue to do so in the future.
Pertzinidou predicted that Turkey’s Ombudsman Institution’s effectiveness would grow, adding that the support for democracy and the democratic institutions of Turkey had always been a cornerstone of EU-Turkey relations. The vice chair echoed the president's comments that good administration was the right of each individual and underscored the institutions’ role in preserving this right.
Pertzinidou listed the characteristics that constituted maladministration as comprising of abuse of power, discrimination, unfairness, as well as the unnecessary delays in granting the public the access to information, adding that during the conference being held in Istanbul for two days, officials from the ombudsman institutions from around the world would discuss these shared issues.
She added that each participant would go back to their home countries, benefiting from the exchange of knowledge, to improve their countries’ ombudsman institutions and thus the public institutions based on respect for human life and the rule of law.
“The role of the Ombudsman Institution is crucial, because they are the ones who deal with particular cases of maladministration,” Pertzinidou said.Pertzinidou also noted that the advice of Turkey’s Chief Auditor Malkoç was crucial, since Turkey had achieved a great deal with its relatively new institution.
Last Update: Dec 20, 2019 1:45 am
RELATED TOPICS