2 killed, 22 injured after bus collides with truck in Turkey's Afyonkarahisar 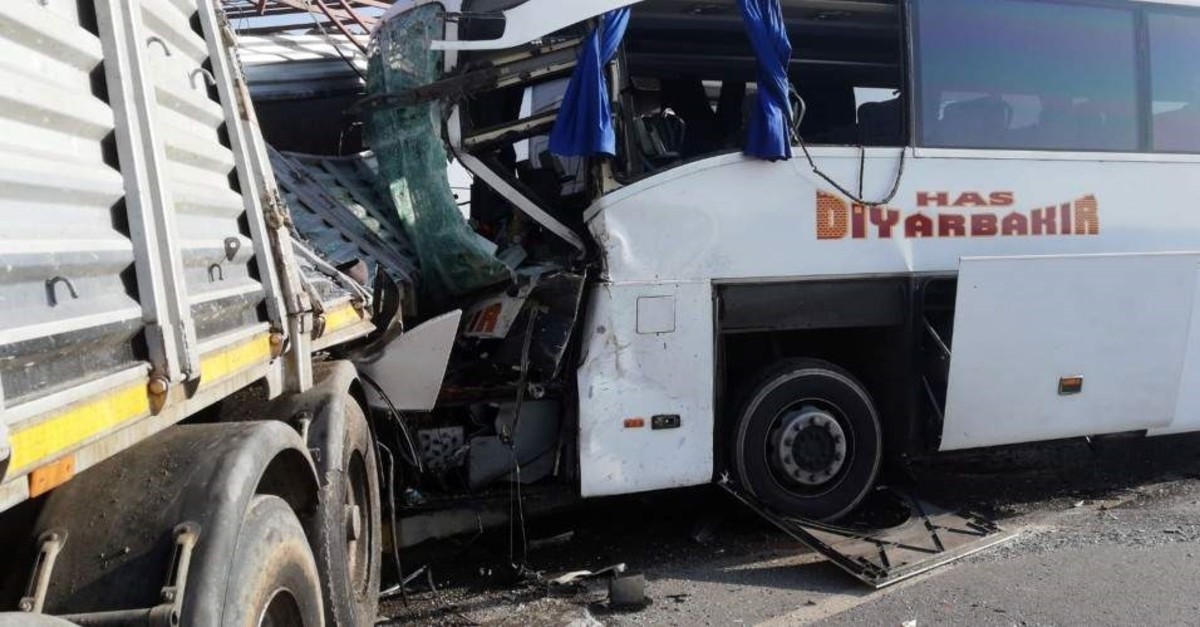 Two were killed after a bus and truck collided in Afyonkarahisar, Nov. 19, 2019. (DHA Photo)
by Daily Sabah Nov 19, 2019 4:39 pm
At least two people were killed and 22 others injured on Tuesday after a bus collided with a truck in Turkey’s western Afyonkarahisar province.
According to a preliminary investigation, the accident occurred because of low visibility conditions due to heavy fog at the time.
Authorities said the driver and the attendant of the bus were killed on the scene, while the injured were rushed to nearby hospitals. No critical injuries were reported and the truck’s driver escaped the ordeal without injuries.
Speaking to reporters, one of the passengers said the truck suddenly appeared in front of the bus as it was crossing the road. He said the driver of the bus tried to stop but failed, colliding violently with the truck. “I was flung from my seat to the front of the bus. I looked around and everybody was covered in blood,” Ismail Ablak said.
According to Ablak, the bus was traveling from Osmaniye to Izmir. Authorities have launched a more detailed investigation into the crash.
Last Update: Dec 20, 2019 1:47 am
RELATED TOPICS