Decades of Turkey's insects on display at Istanbul museum 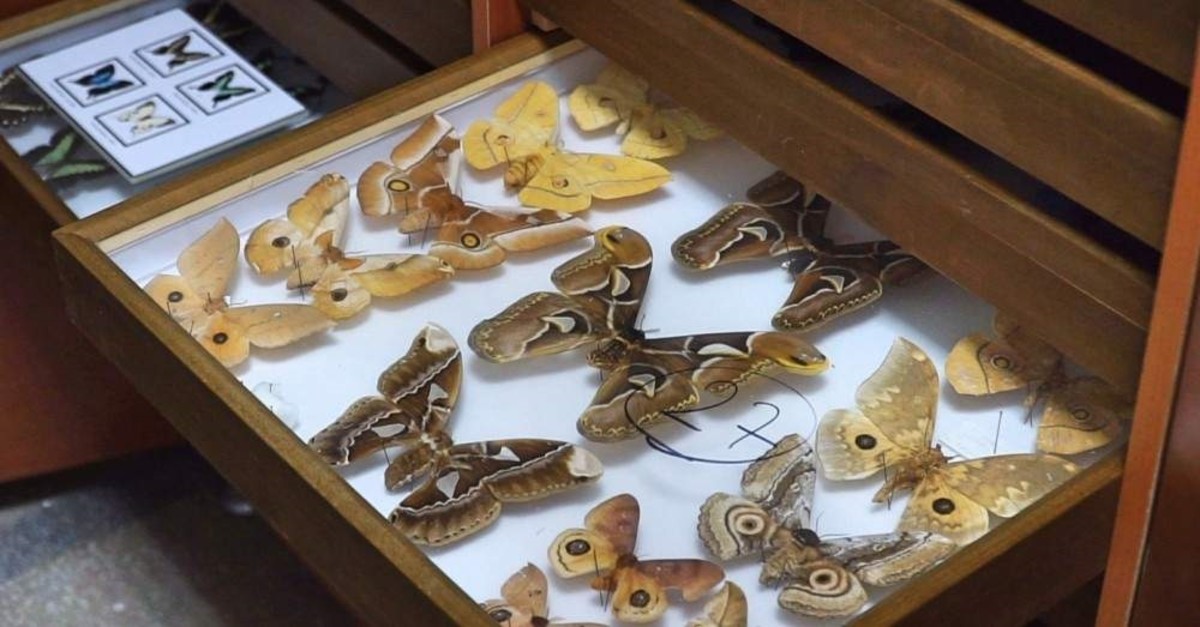 An "insects museum" in Turkey has been keeping and displaying bugs collected from around Turkey since 1937 in Istanbul University Cerrahpaşa Faculty of Forestry.

Erdem Hızal, an academic in the department of Forest Entomology and Protection, told Anadolu Agency that samples obtained are being examined at the laboratory under appropriate conditions and are being further transformed into materials for the biological museum.

"Insects had always been my first love," Hızal said, adding that he spent his childhood "in touch with nature" in a village, and decided to specialize in this area because of his love of nature.

As part of forest entomology, Hızal said he conducted research and studies on the distribution and biology of insects as well as the damage they can cause to forests, and continued exchanging ideas in this field with his colleagues and scientists from around the globe.

He currently works on invasive species that have particularly important implications for forest and agricultural areas in Turkey.

Pointing out that it is compulsory to obtain special permission from Turkey's General Directorate of Nature Protection and National Parks for conducting scientific studies in the field, Hızal said collecting bugs without permission is a "serious crime" forbidden by law and is considered bio-smuggling.

"There are around 1 million identified insect species in the world, and even more are waiting to be identified," he said.

Noting that it is not an easy job to analyze insects, Hızal said: "When you pick up an insect, you may think it's a species you know, but after examination, we observe that there are huge differences."

He said entomologists have specialized in certain areas due to the huge variety of insects in nature and they send species to experts during the examination process to ensure accurate results.

"An error in examination means misnaming," he added.

He underlined that the technique of sticking is used in small insects, while the needling technique is being implemented in large insects for transforming them into biological museum material in the laboratory.

"All limbs need to be complete and accurate, and after the diagnostic work, we keep these samples and collections history," Hızal said, stressing that the samples in the collection vary according to the storage conditions.