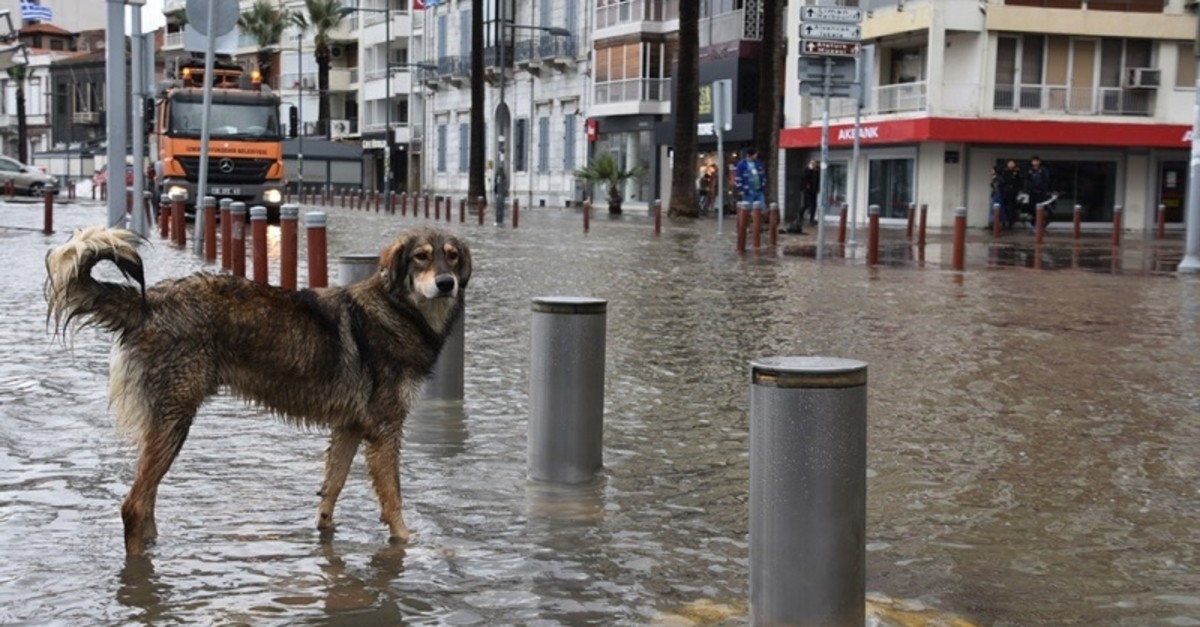 | THA Photo
by Daily Sabah Nov 22, 2019 12:29 pm
Several flood warnings are in place and weather warnings have been issued across Turkey’s west for sudden downpours as meteorologists expect temperatures to drop 2 to 4 degrees Celcius over the weekend.
Turkey’s General Directorate of Meteorology issued flash flood warnings for Çanakkale, İzmir, Aydın, Manisa and Muğla Friday, warning that İstanbulites should also be prepared for heavy showers starting midday.
According to its latest assessments, the directorate said it forecasts the weather to be partially cloudy in the country’s northern, mid and western regions, while thundershowers and heavy rain were likely for the Marmara and coastal Aegean, Manisa, Uşak and Denizli in the inner parts of the region, as well as Antalya and Burdur. The rest of the country is expected to be relatively clear with few clouds.
The Aegean coast, Edirne, Çanakkale and surrounding areas, in particular, will see continuous rain and isolated heavy rain in places. Those living in the inner parts of the Black Sea region and central Anatolia should expect fog to roll back in from the coast on Friday morning and night, the directorate added.
Temperature-wise the west should be prepared for a small drop of 2 to 4 degrees, while near seasonal temperatures are forecast for the remainder of the country.
Rainfall in the districts of Çeşme, Karaburun, Urla, Menderes, Seferihisar, Torbalı, and Selçuk in western İzmir, Söke, Kuşadası and Didim on Aydın’s coast, Datça, Bodrum, Milas and Marmaris in Muğla’s west is expected to be strong locally at 21-50 kilograms per square meter (kg/m2). Meanwhile, authorities also issued flood and lightning alerts and warned against bouts of hail.
Starting from morning hours, heavy rain showers accompanied by thunderstorms will soak Gökçeada, Bozcaada, Ezine and Ayvacık in western Çanakkale, with 30-60 kg/m2 of rain expected to fall. Experts have also cautioned against flash floods, strong winds and lightning.
Last Update: Dec 20, 2019 1:51 am
RELATED TOPICS