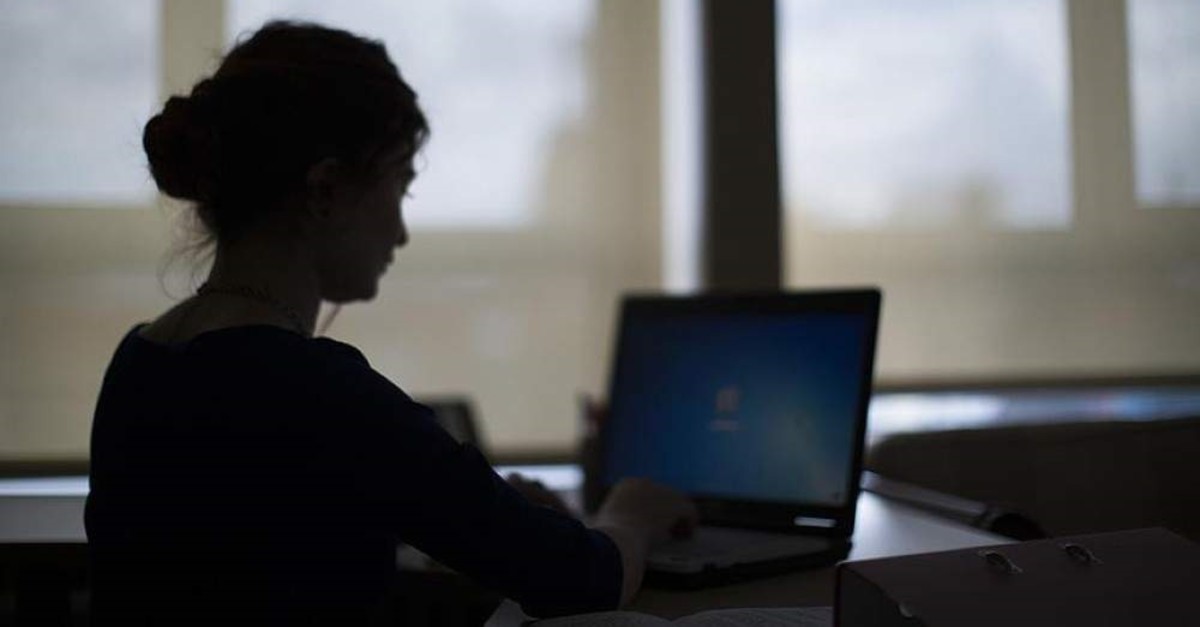 An employee working on her computer. (AA Photo)
by Daily Sabah Nov 22, 2019 2:33 pm
Almost half of the workers in Turkey feel they are working under time pressure with only 6% of employees deciding working times themselves, recent data by the Turkish Statistical Institute (TurkStat) showed.
According to the "Work Organization and Working Time Arrangements" survey data released by the institute on Thursday, 41.5% of the 28 million workers in Turkey said they believed they were under constant time pressure at work. Unsurprisingly, more employees said they were under constant time pressure with a 47.3% rate, compared to 29.3% of freelancers.
Regarding working hours, 6.2% of salaried employees said they could decide their working hours, while the rate for freelancers stood at 83%. Some 48.8% of employees said their location during working hours were logged and tracked in various ways.
About commute time, 30.3% of workers said their total commute time took less than 30 minutes daily, while the same percentage of workers (30.3%) said they spent up to 60 minutes. The rate of employees that had to spend up to 2 hours daily stood at 26.6%. Only 5.4% of employees said they worked from home.
Meanwhile, the career field that had the most difficulty taking leave was revealed to be machinery operators, with the same group of workers saying they had even more difficulty getting more than a single day leave. The easiest career field in terms of taking leave was skilled agriculture and forestry workers at 97.8%.
According to a 2018 Eurostat report, Turkish employees worked nine hours more per week compared to their European counterparts. A full-time employee in the EU worked 40.3 hours a week on average, compared to an average of 49.4 hours worked by employees in Turkey.
Among EU countries, employees in the U.K. spent the highest number of hours per week at their main job at 42.3, still seven hours short of their Turkish counterparts. Denmark had the shortest workweek in the EU, at 37.8, making it "the only country in which the normal number of working hours is less than 38," the report said.
Last Update: Dec 20, 2019 1:51 am
RELATED TOPICS