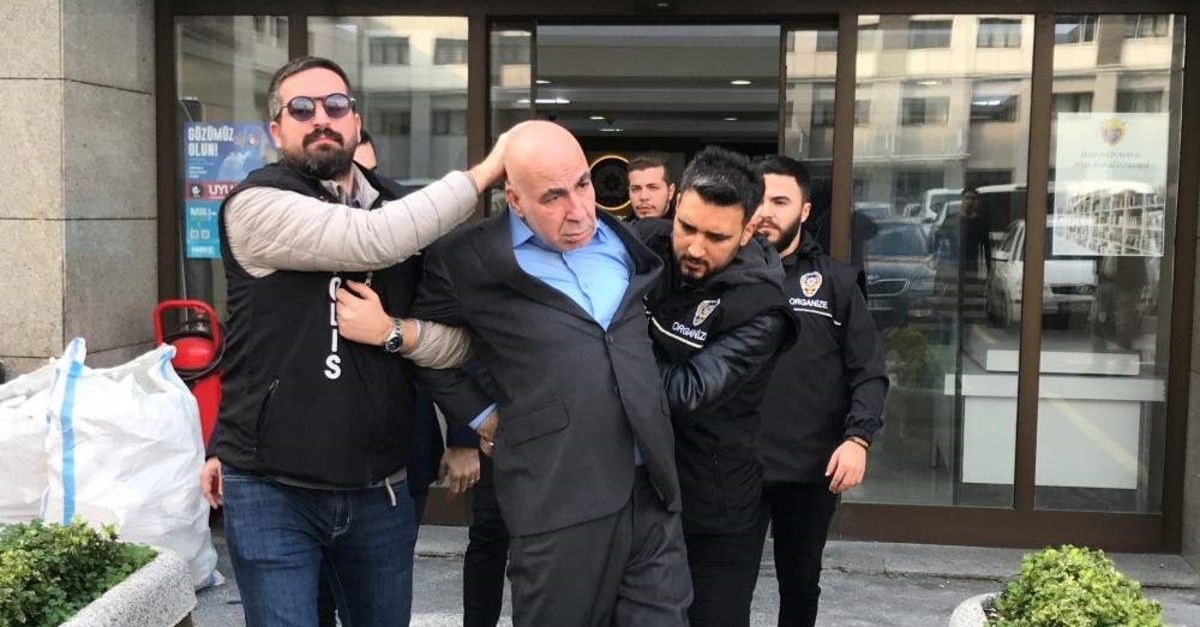 Ayvaz Korkmaz, a former mob boss, was captured in a hideout in Istanbul’s Büyükçekmece district on Sunday. Korkmaz, one of the most notorious mobsters who was accused of involvement in a string of murders in the 1990s, was wanted in connection with a 1998 murder.
Organized crime units of Istanbul police detained Korkmaz, along with his daughter and an accomplice. A large stash of drugs and a pistol were found in the villa where Korkmaz was hiding. Korkmaz, who committed his first murder at the age of 22 and served a brief prison term, was among internationally wanted criminals for a long time for his involvement in five murders and 10 counts of injury. He was captured in Ukraine in 1999 and extradited to Turkey in 2000 where he was tried in multiple trials. He was released and was taken into custody in 2004 in another criminal case but a court ordered his release again.
His name came up in many investigations related to drug smuggling and extortion. He was implicated in several murders, including the killings of two brothers who worked as associates of the notorious drug lord Hüseyin Baybaşin.
Last Update: Dec 20, 2019 1:53 am
RELATED TOPICS