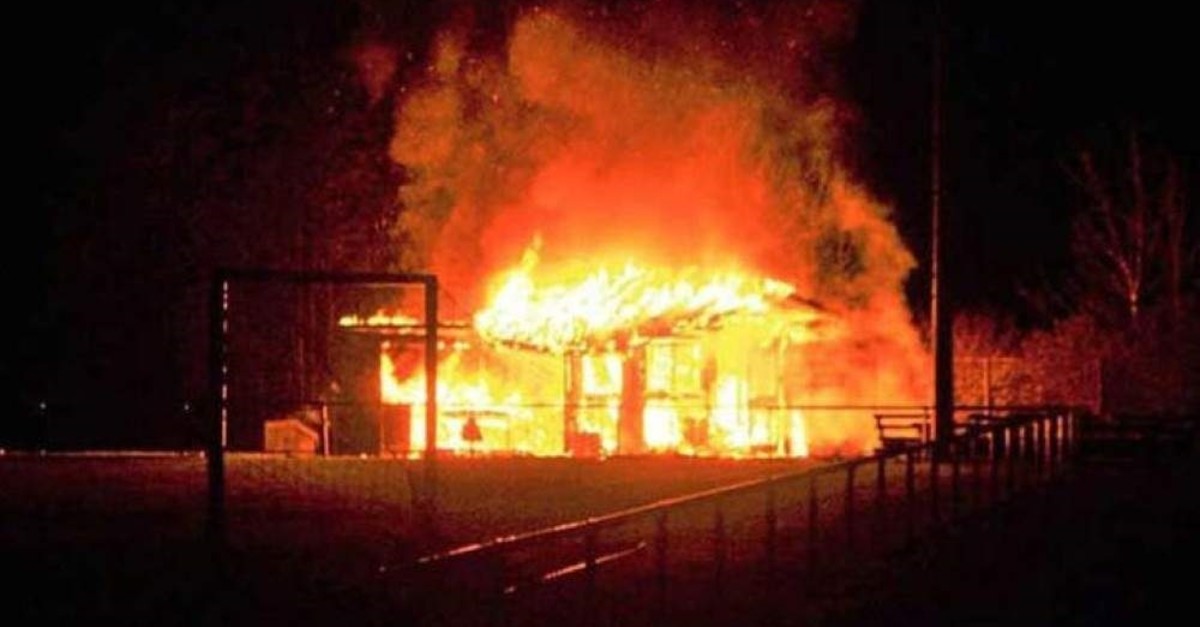 A Turkish football club in Germany’s Pforzheim has been subject to a second arson attack within two months, leaving the club building in ashes. Two unknown assailants threw Molotov cocktails at the building on Sunday night, causing it to go up in flames.

The first attack occurred on Oct. 13, said President of the F.C. Fatihspor Pforzheim Yunus Yazıcı, drawing attention to the fact that the perpetrators failed to be caught by the authorities after the first act. In that alone, the damages amounted to 100,000 euros. “We don’t have any enemies,” Yazıcı said. The club has been harassed for a number of years, with various acts of vandalism and theft occurring before this spat of more serious attacks.

Turkey’s Consul General in Karlsruhe, Banu Terzioğlu, said that they would be working with local security officials in order to shine a light on how the attack was conducted and the identity of the assailants, who she stated would be arrested as soon as possible. She demanded that the necessary measures be taken by authorities to prevent such attacks from occurring again.

President of the Union of International Democrats (UID) Bülent Bilgi condemned the act on his official Twitter account, referring to it as a terrorist incident. “I deliberately say an act of terror, because these undertakings are in no way trivial. They are carried out by violent groups for ideological reasons,” Bilgi said. “The security forces have failed again!”

Attacks on Turkish establishments and places of worship are not a rarity in Europe, especially in Germany. Supporters of the PKK terror group and its Syrian offshoot the People's Protection Units (YPG) have been terrorizing Germany, as they do in many other European countries, under the auspices of "protests" against Turkey's Operation Peace Spring.

A wave of attacks by PKK supporters began a day after Turkey launched the operation on Oct. 9, aiming to drive the YPG away from its border with Syria.