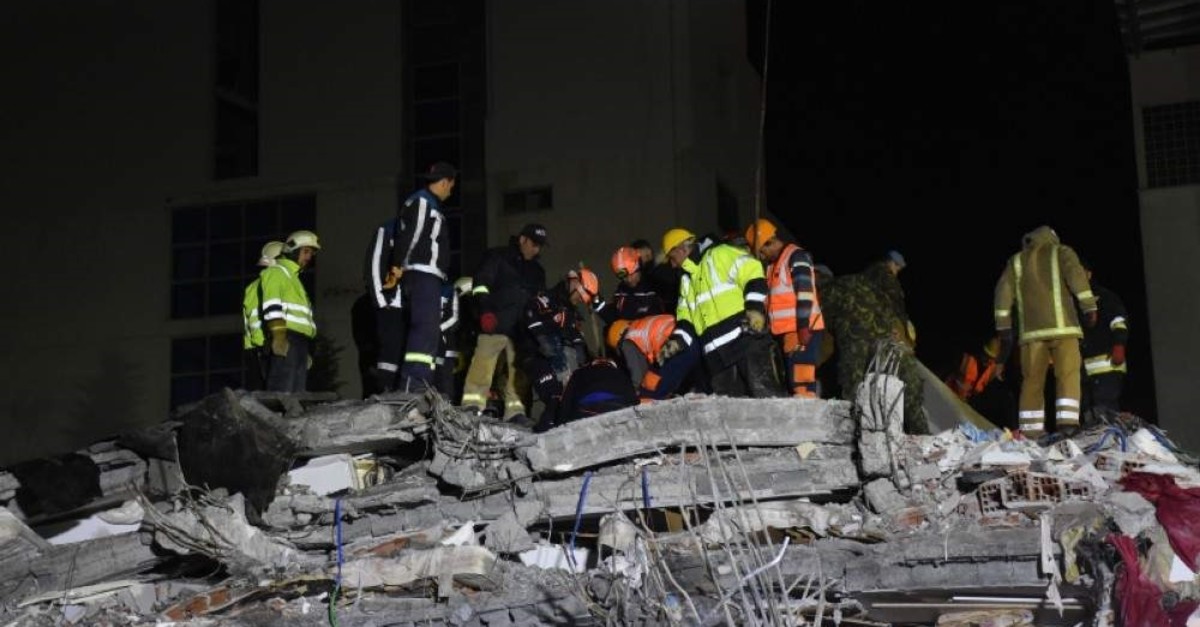 Turkish search and rescue teams began combing through debris Tuesday after a 6.4 magnitude earthquake struck Albania's coastal city of Durres earlier in the day – the biggest earthquake to hit the country in decades.

The teams are working in cooperation with local authorities.

They are being led by officials from Turkey’s Disaster and Emergency Management Presidency (AFAD) and are using seismic and acoustic listening devices in demolished buildings under the guidance of authorities.

The teams will work continuously in shifts to locate victims, officials said.

A team from the Turkish Red Crescent traveled to the country from Bosnia-Herzegovina to help the victims of the earthquake who took shelter in tents.

Red Crescent representative Özgür Altınay said they assessed the needs in the region. “Two aid trucks from Ankara set off and will reach the region as soon as possible,” said Altınay, listing tents, blankets and hygiene kits as part of the aid. He stressed that they will continue to assist the Albanian Red Cross in the region.

At least 20 people have died and 600 people have been injured after the major earthquake, according to authorities.

The quake struck Durres at 3:54 a.m. (0254GMT), according to Albania’s Geosciences, Energy, Water and Environment Institute.

It was felt in other cities, particularly the capital Tirana, as well as in North Macedonia, Kosovo and Montenegro.

Hours later, at around 10:19 a.m. local time (0919GMT), a magnitude 5.4 earthquake struck the town of Nevesinje, located 71 kilometers (44 miles) south of the capital Sarajevo in Bosnia and Herzegovina.