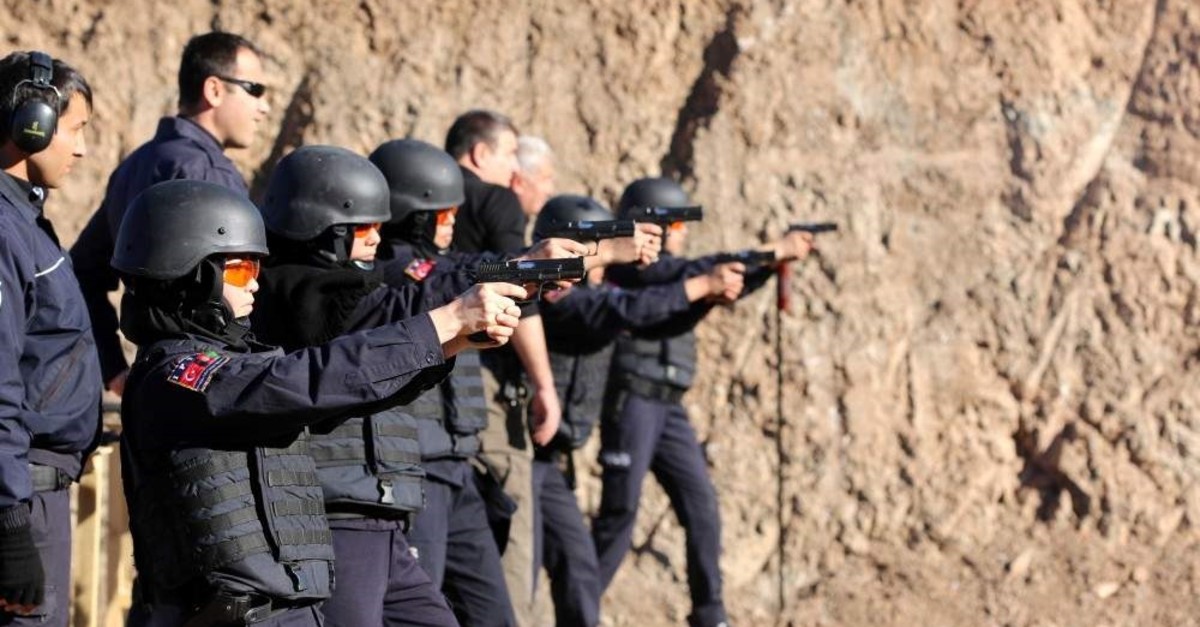 Thousands of personnel from around the world were trained on various topics, from leadership and management skills to gender equality, by the Turkish National Police Academy in five years

Following a restructuring in 2014, the Turkish National Police Academy has trained more than 14,000 personnel from 66 countries, playing a pioneering role among international security organizations.

Turkey's police forces as well as several other state institutions, transformed after Dec. 17, 2013, in the wake of a Gülenist Terror Group (FETÖ) attempt to topple the government through its infiltrators in police and the judiciary.

So far, the Turkish National Police Academy has carried out 64 courses for forces from 66 different countries, training some 14,038 foreign security personnel. The themes of the trainings vary; including police leadership and management skills, gender equality in police forces, training against hate crimes for law enforcement, curriculum development in training, and police intervention techniques and methods.

Within the scope of international training coordinated by the academy, 781 courses have been carried out by different branches of the Turkish police, training 12,307 foreign personnel.
Apart from the training courses, the Academy has assumed a leading role in two crucial international security organizations. Its president executes the Presidency of International Association of Police Academies (INTERPA) and permanent secretariat task, under which one annual conference and General Council Meeting and two executive board meetings have been organized.
Within the framework of INTERPA, the academy has organized an annual training session for member states since 2015. It has so far trained 136 personnel from 23 countries.

It has also taken a leading role in the Vice Presidency of Association of European Police Colleges (AEPC). Taking an active role in AEPC’s activities, the Academy hosted the AEPC annual conference and General Council Meeting in 2016 in Antalya.

Training for Qatar police in 2020

An agreement with Qatar to train its police forces ahead of the FIFA World Cup 2022 has become another achievement for the Academy. After laying the legal framework with the protocol signed in December 2017, 960 Qatari police units have been trained in 58 different exercises and courses.

The training will continue next year.