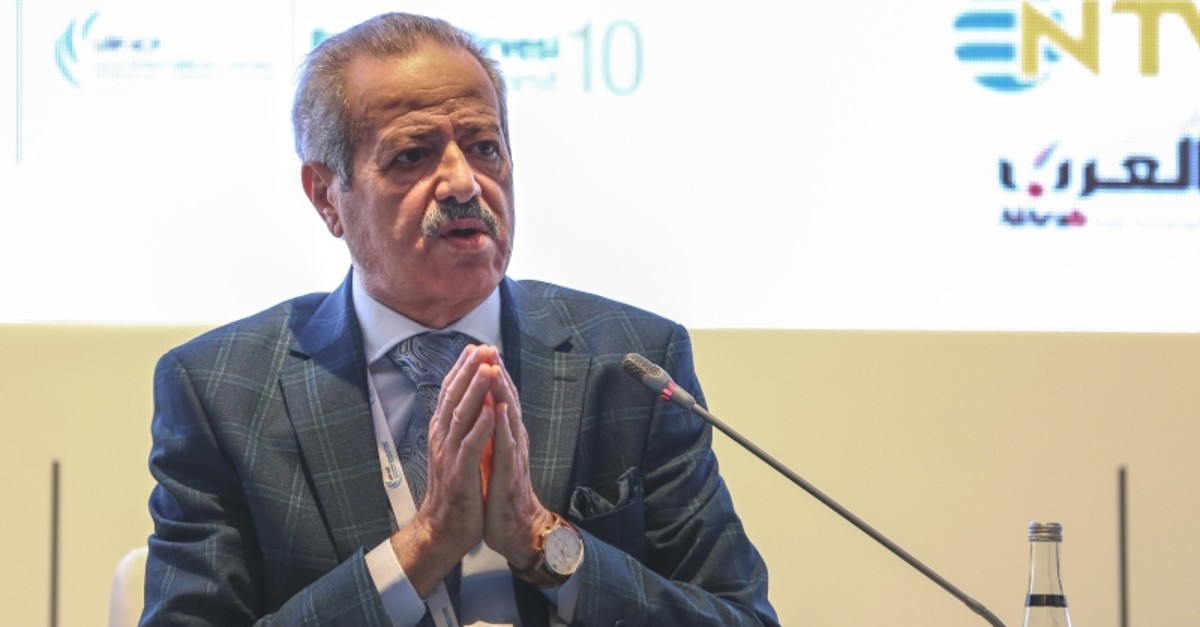 Muhammed Ahmed Faris. (AA Photo)
by Daily Sabah with AA Nov 29, 2019 6:28 pm
After fleeing a civil war in his country of birth, the world's first Syrian astronaut is close to becoming a Turkish citizen, Muhammed Ahmed Faris told Anadolu Agency (AA) on Friday.
"I am not a Turkish citizen but I have an application, and it's in the final stages," Faris, a decorated ex-air force pilot, told AA through an interpreter on the sidelines of the 10th Bosphorus Summit in Istanbul.
In 1987, Faris became the second Arab in space, flying with cosmonauts to the Mir Space Station to do research there for over a week.
According to Interior Ministry figures, the number of refugees in Turkey was 4.2 million in 2017 and has now reached 4.9 million. While 3.6 million Syrians are living in Turkey, more than 415,000 Syrians have been born in Turkey since the start of the civil war in 2011. Faris came to Turkey in 2012.
"Life in Turkey is so nice and I would like to thank the Turkish community and Turkey for hosting Syrian refugees, as they are hosting around 4 million refugees," said Faris.
"We got used to living in Turkey because Syrians and Turks are so similar," he said. "Historically Syrians and Turks have lived together for years."
Now Faris delivers lectures to high school and university students on space and astronomy, subjects he knows well firsthand.
"This month, I gave seven lectures in [the northwestern Turkish provinces of] Bursa and Istanbul at schools and universities," he added.
After forming its own space agency, Turkey is due to announce an ambitious space program in 2020, according to the country's technology minister.
As for the future of the pioneering Faris, who took to the stars over 30 years ago, he said his terrestrial plans include putting down roots in Turkey.
"I will stay in Turkey, inshallah," said the former astronaut.
Ankara has spent nearly $40 billion so far in support of refugees, while it has only received about 6 billion euros ($6.6 billion) of support from the international community. Despite some factions in Turkey becoming restive due to a record number of refugees in various cities and the large amount of money spent on them amid deteriorating economic conditions in the country, the government insists on maintaining its open-door policy along with maximum support for refugees.
Last Update: Dec 20, 2019 2:01 am
RELATED TOPICS