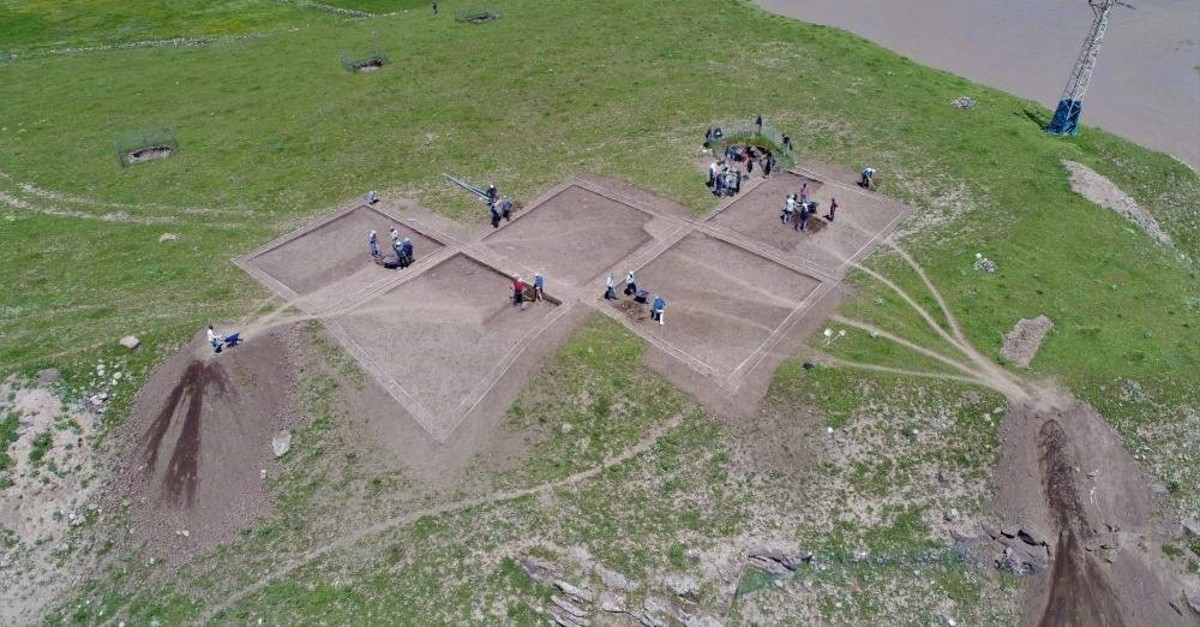 This May 20 photo shows the archaelogical works carried out in the Murat village of eastern Turkey's Bingu00f6l province. (IHA Photo)
by Daily Sabah Nov 30, 2019 1:22 pm

Laboratory examinations have revealed that the grain found in pots excavated in a settlement mound in eastern Turkey’s province of Bingöl dates back 4,500 years.

The grain was initially found in a carbonized form during excavations in the village of Murat in Bingöl’s Solhan district by a group of archaeologists led by Ziya Kılınç from the Museum Directorate in Elazığ province, in neighboring Bingöl.

Following excavations, the findings were sent to the laboratories of the Turkish Scientific and Technological Research Council (TÜBİTAK) for scientific examination, revealing the age of the grains through a method called carbon-14. Abdülkadir Özdemir from the Archaeology Department of the Fırat University said that the carbonized grains were found in several Iron and Bronz Age food stores.

“The earliest of the grains dates back to 2500 BC,” Özdemir said, adding all the findings were extremely well preserved.

Özdemir further added that though the grain was thought of to be that of wheat, separate laboratory works are ongoing to determine whether they were wheat or some other type of grain.
In the meantime, the mound in the village of Murat village proved to be the earliest agricultural settlement in Bingöl, Özdemir asserted, noting that the team had unearthed four different cultural layers belonging to the Byzantine, Middle Iron, Early Iron and Early Bronze Age periods. The area is of great significance for Eastern Anatolian archeology.

The excavations in Bingöl were initially launched in April under the direction of the Culture and Tourism Ministry.