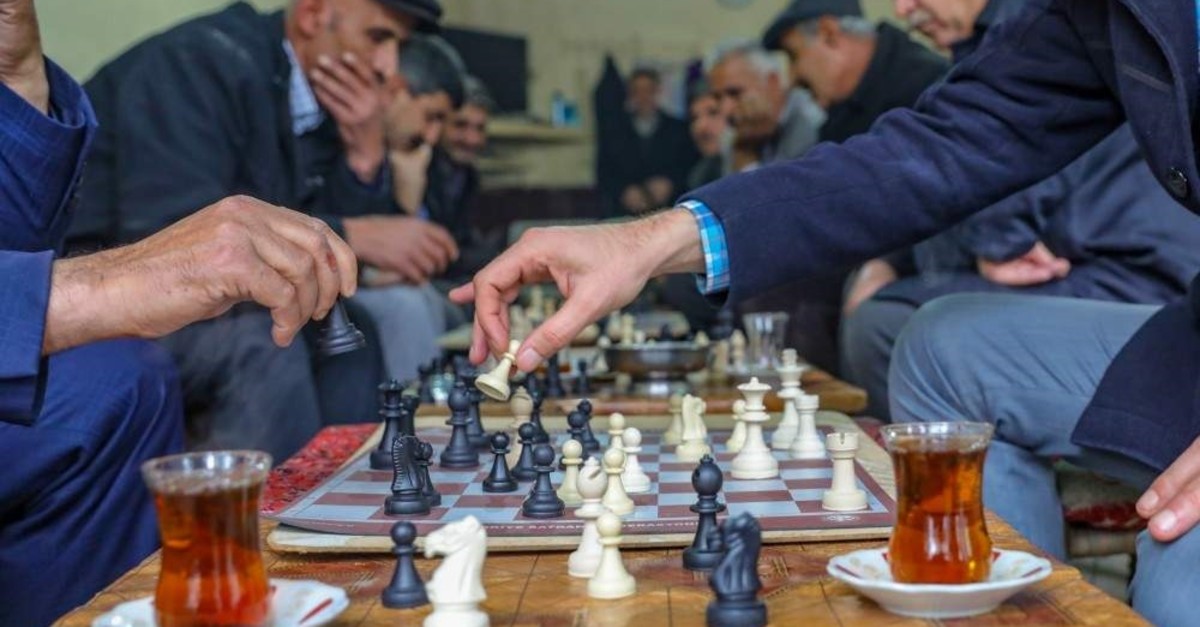 Asked what their "ancestral sport” is, most Turks will start whittling on about wrestling or archery, horseriding or various other traditional games.

But a different kind of age-old activity is all the rage in a remote village in eastern Turkey's Van – the centuries-old game of kings – chess.

Located 120 kilometers from the namesake capital of Van province amidst a cluster of colossal mountains, Bahçesaray district is a place in which the harsh winter conditions leave many trapped indoors. This might sound like a downer for many, but locals only see this as yet another opportunity to battle over the chessboard.

The history of chess in the district is said to go back centuries when a scholar from a madrasah introduced the ancient game to the locals.

Amazed by the complexity of the game, locals got so carried away they quickly adapted and chess went rapidly mainstream. This unique culture is still alive today, with locals of every age or gender avidly engaged in manoeuvering their way around each other across the board. From the elderly to the young, housewives, village men, young children and more, the whole district is chess-crazy. On a typical morning, the villagers will wake up early, throw some wood into the stove, and a series of start fierce competitions with whoever is near over a piping glass of tea.

Muhammet Affan Orhan, head of the district’s youth and sports directorate, said Bahçesaray had always been a place of knowledge, with state-organized courses and tournaments keeping the culture of chess alive to pass on to future generations.

"A scholar working at one of the local madrasahs taught [chess] to the people a few centuries ago, and the game had been enjoyed since," he said.

Fearing online trends of the day might harm this cultural heritage, the local administration launched several chess courses and started to teach the game at schools to keep it alive.

The fierce local chess competitions improved locals’ skills, as the majority performed greatly in provincial finals. After all, the kids of Bahçesaray are good boys and girls and do what their parents tell them: Tidy your room, do your homework and play chess!

Orhan said the local authority sought to organize an international chess tournament: "Chess has a whole different meaning for us. To us, it is an ancestral sport!” he said.
Selim Alaca, a village headman, said chess had always been the most played game in his village: "Ladies play chess at home and men at tea houses. The winter drags on too long, so there is no other activity. We play chess, it is an indispensable activity,” he said. Mehmet Emin Eminoğlu, 58, one of the best chess masters in the district.

"Everyone here plays chess. There are tournaments every year. I, too, participate in these tournaments. We love this game,” he said while boasting of the many medals and cups he had received in local competitions.