3,467 illegal migrants intercepted over past week in Turkey 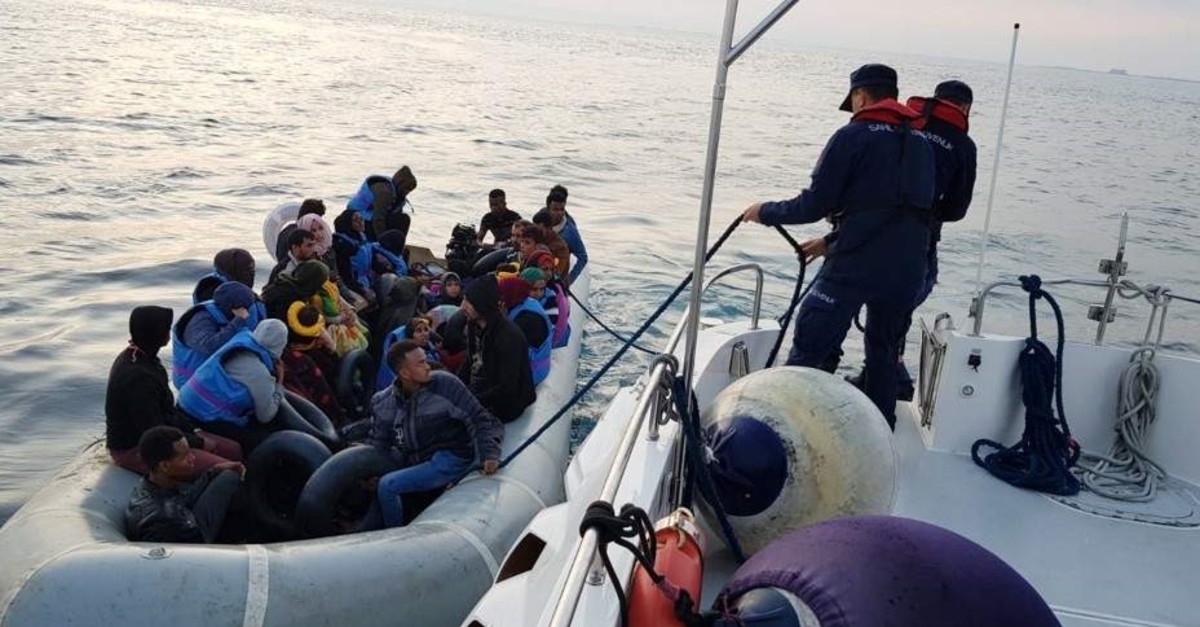 Over the past week, at least 3,467 illegal migrants have been detained across Turkey, a key point for migrants aiming to cross into Europe, according to data gathered from security services by Anadolu Agency.

Turkish gendarmerie forces intercepted 1,269 of the migrants in the northwestern province of Edirne, which borders Greece and Bulgaria.

According to local sources in Edirne, Greece has stepped up efforts to send illegal migrants to Turkey in violation of the Geneva Conventions, the European Convention on Human Rights and the U.N. Convention against Torture.

In Turkey’s coastal cities of Muğla, Çanakkale, İzmir, Balıkesir and Aydın, the Turkish Coast Guard and gendarmerie forces have rounded up over 1,926 migrants.
Meanwhile, among the 143 migrants sailing from Ayvalık district of Balıkesir province, 50 were Afghani children, the coast guard stated.

In the northwestern provinces of Kırklareli and Tekirdağ, a total of 61 migrants were held by gendarmerie forces while 37 others were held in the capital Ankara and 174 were intercepted in southern Adana, Hatay and Kahramanmaraş, western Manisa and southeastern Gaziantep provinces.

All the migrants were either taken to hospitals for medical treatment or transferred to provincial migration offices.