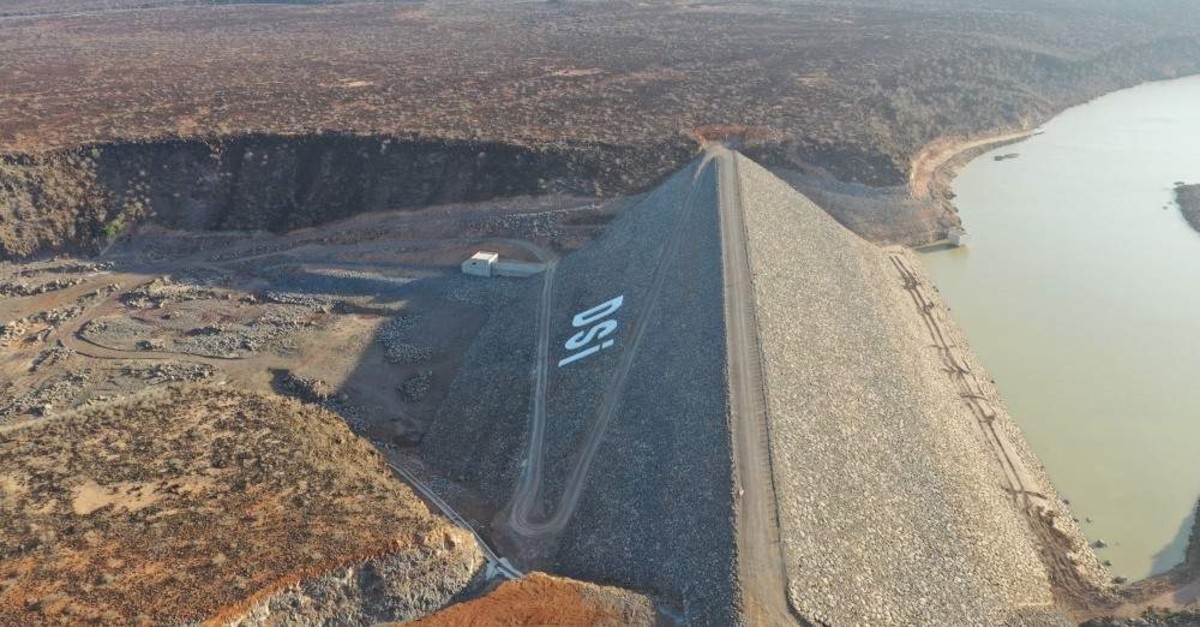 The Ambouli Friendship Dam in Djibouti was built by the Turkish government to help the country curb floods. (AA Photo)
by Daily Sabah with AA Dec 02, 2019 5:44 pm

The Ambouli Friendship Dam constructed by the Turkish state-run agency State Hydraulic Works (DSİ) in Djibouti to prevent flooding and provide efficient ground for agriculture has helped the African country in its fight against intermittent floods in times of rain in surrounding highlands.

The dam was constructed by the DSİ in the arid Red Sea coast nation of Djibouti, where intermittent flooding often hits the capital that is home to some 75% of the country’s total population.

The country’s Agriculture, Water, Fisheries, Livestock and Marine Resources Minister Ahmed Mohamed Awaleh told Anadolu Agency (AA) that if the dam had not been finished on time, the city would have faced a major flood.

"We must pray for those who built the Ambouli Friendship Dam," he added.

The dam will soon start generating drinking water for the people in the region along with its function as a major water supplier for related fields.

Awaleh asserted that there were polemics and rumors about the Ambouli Friendship Dam, noting, “But this is a fact, thanks to the technological genius of the Republic of Turkey today, this dam was completed.”

Awaleh further stated that the dam has historical importance for the people of Djibouti, saying it may have prevented the most dangerous flood disaster in the country’s history.

The dam’s stock volume stands at 14 million cubic meters, and 100% of the cost is covered by the Turkish government. The construction project has also provided job opportunities for 100 locals.

Ahmet Utku Oktay, the project operations manager at the dam’s construction site, previously told AA that, “The water to be stored in the dam will also be used as irrigation for agriculture.”

The project was started in 2017 following an agreement on cooperation on the water between Ankara and Djibouti on May 13, 2014.

Djibouti, an arid country of fewer than 1 million people, has been importing food from neighboring Ethiopia. Although it is arid, intermittent floods hit the city of Djibouti when it rains in the surrounding highlands.