Northeastern town on the move again, for 7th time 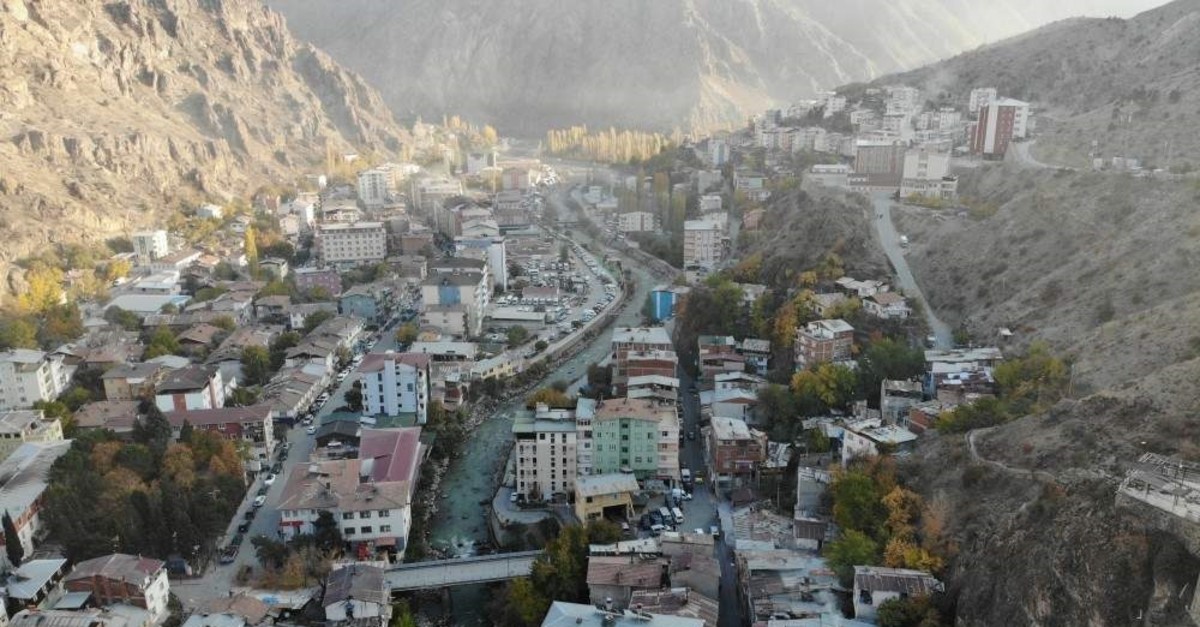 Yusufeli's center and villages in the immediate region will be submerged when the dam is launched. (?HA Photo)
by Daily Sabah with Agencies Dec 02, 2019 7:46 pm

The people of Yusufeli, a small northeastern town with a population of slightly over 20,000, is preparing for one last relocation. This Black Sea town in the province of Artvin neighboring Georgia will be soon relocated to make way for a massive dam.
However, this is the seventh time in the town’s 151-year history the citizens of Yusufeli will relocate. On earlier occasions, the town's central districts were relocated elsewhere mostly because of wars and demarcation.

Located on the Çoruh River delta, Yusufeli was renamed over the decades and saw its town center relocated during the Ottoman era and early years of the Republic of Turkey.
It was finally given its present-day status as a district of Artvin in 1950, and the town center was moved to its current location at Ahalt.
But now, plans for a hydroelectric power plant and dam, which will be one of the largest in Turkey at 270 meters, will once again change the residents' lives forever.
The plant will meet the energy needs of 650,000 people when it starts operating in a few years.
Meanwhile, construction work for houses and public buildings continues at “new Yusufeli,” located on the slopes of a hill overlooking the soon-to-be-submerged town.

Yusufeli Mayor Eyüp Aytekin told Anadolu Agency (AA) that the construction of the dam required the relocation of the town center and four villages in their entirety. Sixteen other villages will be partially relocated.
“This means the resettlement of 12,000 people, and people have high expectations,” he said. Most of the work is complete, but more than 2,000 new houses still need to be built.
“People want houses that meet their needs, they want larger social spaces. Yusufeli, though limited, had agricultural fields, and people want such fields in the new town too to make a living. We strive to address their needs,” he said.
One thing he can assure the public of is zoning plans. “You can see past zoning mistakes in today's Yusufeli, but there will be none of that in the new town. There won’t be a lack of social spaces. Everything will be in the right places,” he said.