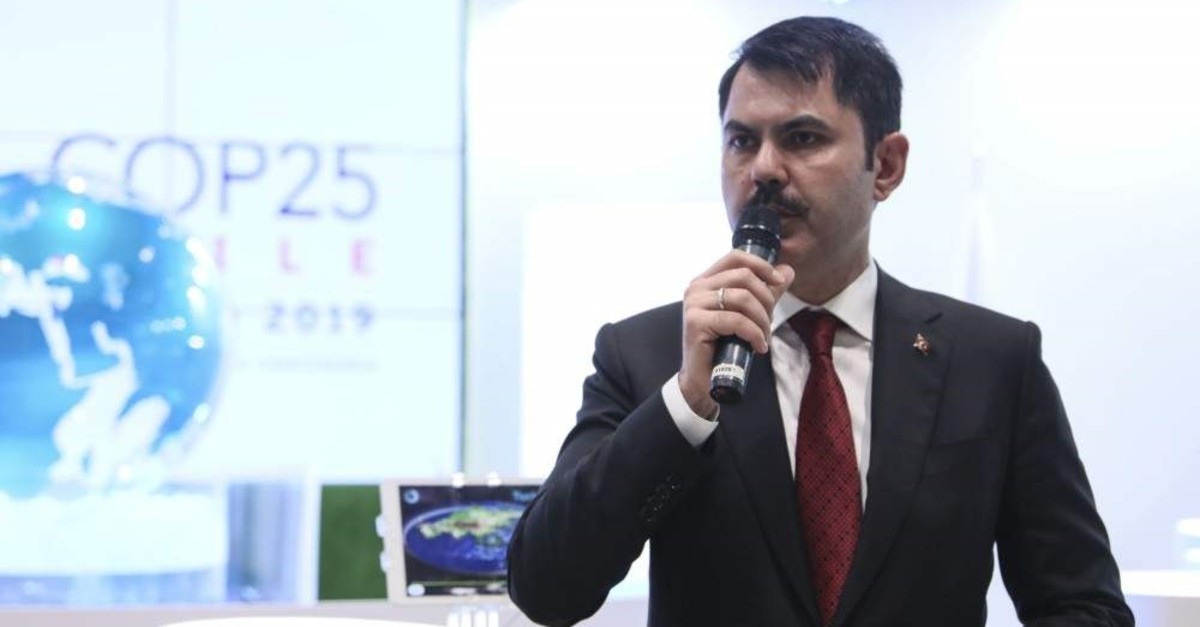 For the U.N. Framework Convention on Climate Change (UNFCCC) to be fair for all parties, Turkey needs to receive equal treatment as those countries that have similar development levels, Environment and Urbanization Minister Murat Kurum said during the international climate conference in Spain.

Kurum had a bilateral meeting with U.N. Secretary-General Antonio Guterres during the U.N. Climate Change Conference of the Parties (COP25) meeting in Madrid.

Saying that Turkey is working on a memorandum of understanding with the World Bank Group, France and Germany to meet the needed funding on climate action, Kurum noted: “We want to be treated equally with countries that are at similar levels of development as our country. To achieve this, we have continued with a very intensive negotiation process ahead of the Paris Agreement and its aftermath.”

Kurum said Turkey had carried out similar negotiations during the presidencies of France, Morocco, Fiji and Poland but did not receive effective results.

He said the country made another proposal to be removed from Annex I of the convention this year, adding if Turkey is not treated equally, the period after the year 2020 will be a time where Turkey is outpaced, contradicting the fair and amenable grounds of the Paris Agreement.

When the UNFCCC was adopted in 1992, countries were classed into three basic groups: Annex I countries, Annex II countries and countries that were not listed in either of the two annexes, called "non-Annex I" countries. As a founding member of the Organization for Economic Co-operation and Development (OECD), Turkey was listed in both Annex I and Annex II of the UNFCCC in 1992; however, it has been engaged in serious diplomatic moves to be fairly listed. Yet, Ankara has not received the necessary support from fellow countries.

Delegates from almost 200 countries have participated in the meeting to set up efforts to stop global warming.

Guterres warned that efforts so far were insufficient in overcoming the "point of no return" in climate change.

The summit, which moved to the Spanish capital after Chile, had to pull out amid anti-government protests and aims to put the finishing touches on the rules governing the 2015 Paris accord.

That involves creating a functioning international emissions-trading system and compensating poor countries for losses they suffer from rising sea levels and other consequences of climate change.

During the two weeks, delegates will also try to resolve sticking points of last year's conference in Poland's Katowice.