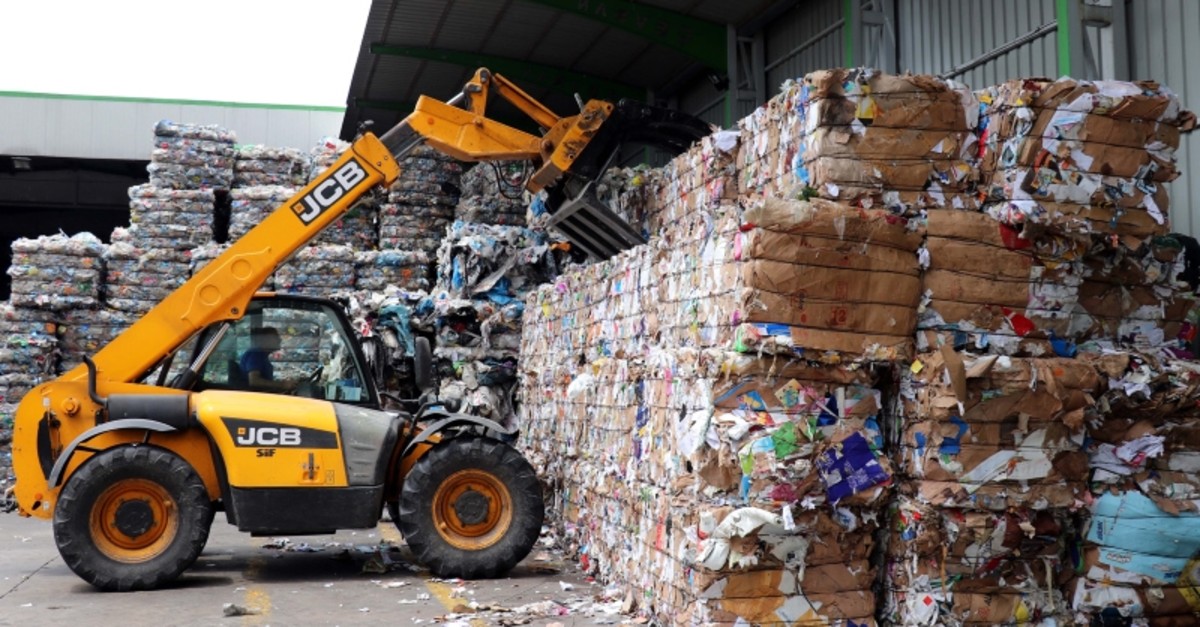 |AA Photo
by Barış Şimşek Dec 03, 2019 6:04 pm
Starting next month, the government will start to charge manufacturers a Recycling Contribution Fee (GEKAP) in a move to further reduce waste. With GEKAP, seen as the next step in the ambitious Zero Waste Project, companies will be made to pay a certain fee per kilo, ton or cubic meter of packaging they use for their products.
Introduced one year after the regulation on mandatory fees for plastic bags came into force, the GEKAP regulation seeks to reduce increasing costs for recycling packaging and packaging weights.
Environment and Urban Planning Minister Murat Kurum said packaging costs will not be indirectly paid by customers but by companies with the new regulation. “Turkey is a country importing waste and this new system will prevent it. We need radical steps on this matter,” he said.
Fees will cover packaging material harmful to the environment if not recycled. Existing regulations impose several obligations on manufacturers in certain sectors, such as the collection and disposal of their products sold on the market; however, the new regulation is expected to be more comprehensive.
Kurum also spoke about the plastic bag fee that remains at TL 0.25 for end users and said the fee would remain the same next year as well. He added that the third step in their zero waste efforts would be a bottle deposit scheme. Set to be introduced in 2021, the practice will help increase recycling rates of bottles to at least %35 from around %13, Kurum said.
Last Update: Dec 20, 2019 2:06 am
RELATED TOPICS