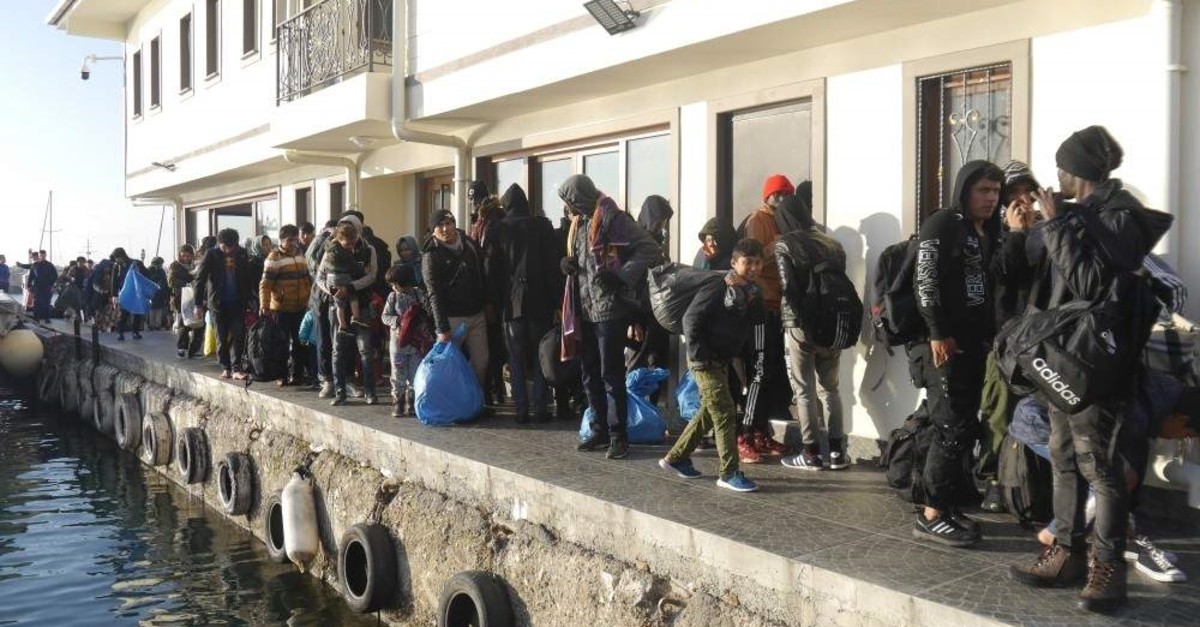 In the coastal province of Çanakkale, the Coast Guard Command during six separate operations rounded up migrants trying to cross to Greece off the coasts of Buruncu, Ahmetcealtı, Babakale and Sivrice, said the sources, who asked not to be named due to restrictions on speaking to the media. The migrants were caught while the authorities were patrolling the coast.

The migrants included Afghan, Syrian and Iraqi nationals, as well as some from African countries.

After medical checks, the migrants were referred to the provincial refugee center for processing.

The Greek islands near Turkey's Aegean shores are favorite destinations of migrants heading to Europe. However, journeys aboard unsafe, overcrowded boats sometimes steered by inexperienced migrants often turn out deadly. Yet some desperate migrants still take the route even in winter, when a safe journey through the Aegean is nearly impossible aboard overcrowded, unsafe dinghies.