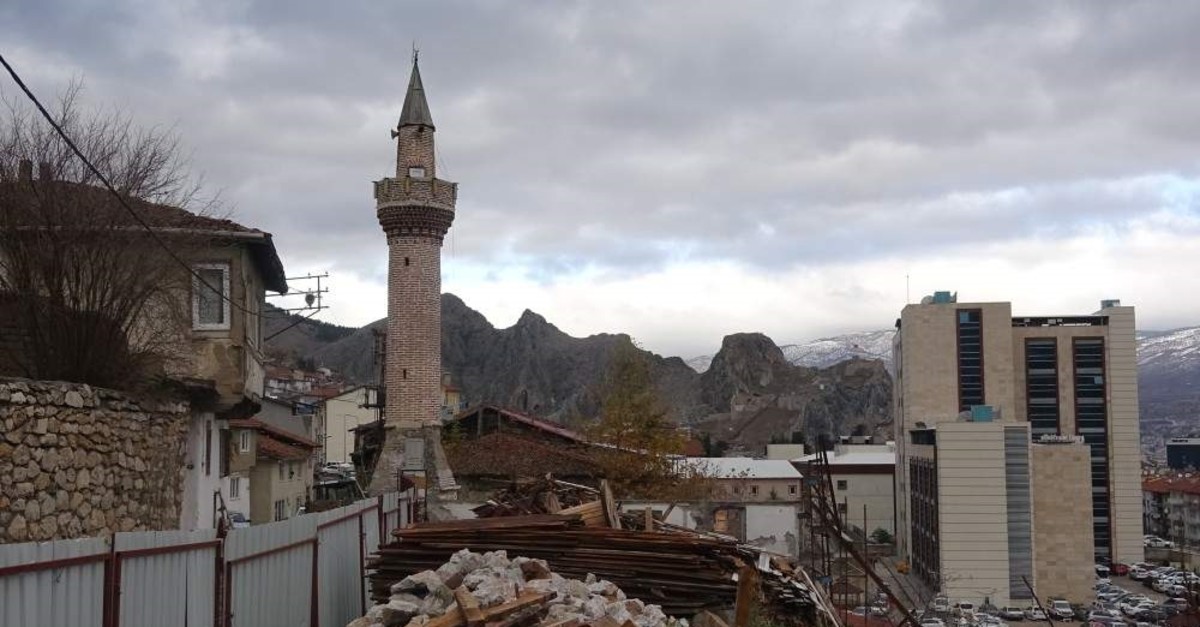 A historic mosque in northern Turkey’s Tokat province is being reconstructed for the third time after being hit by natural disasters over the years, however, the minaret of the mosque has remained standing tall, the only original structure of the mosque to survive these disasters.

Although the actual construction date of the Horuç Mosque located in the Akdeğirmen neighborhood is unknown, since it has no epitaph that shows detailed information, the architectural construction of the mosques looks like it may belong to the late-Ottoman era.

The mosque was first restored between 1939 to 1942 after a 7-magnitude earthquake hit the city. Then once again the mosque was severely damaged in a fire in 1993 and underwent a period of reconstruction.

Most recently, in 2015, the Horuç Mosque was damaged again due to foundation excavation in the area and landslides, while its minaret, thought to have been first built in the 15th century, managed to survive.

Yılmaz Kılınç, chairman of the regional directorate of foundations in Tokat said that they launched the third restoration works on the mosque after the landslides, adding that they plan to be completed within a two-year period.