Anniversary of suffrage: A rocky road for Turkish women 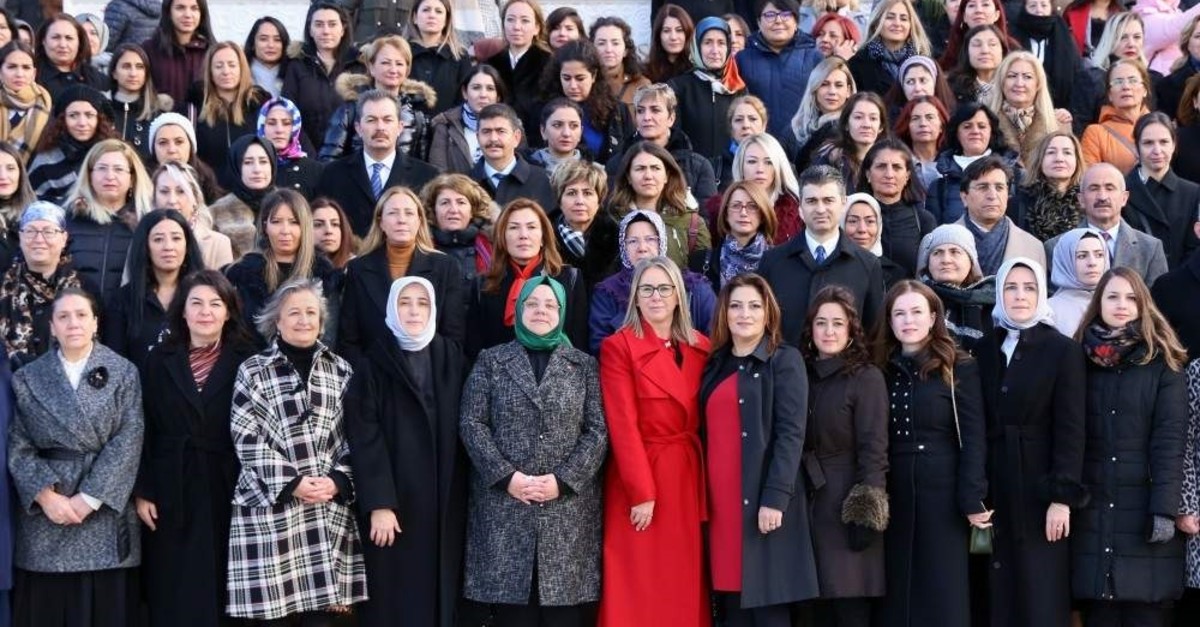 Turkish women on Thursday marked the 85th anniversary of suffrage in the country and the fifth year for headscarf-wearing women to stand for electoral office, while women's participation in politics remains low

Women’s Rights Day, which marks the anniversary of amendments for the right to vote and stand for electoral office for Turkish women, was observed on Thursday. It was the 85th anniversary of suffrage and the fifth anniversary of another revolutionary step for women wearing headscarves: the right to be elected.
Events were held across Turkey to mark the day. In the capital Ankara, Minister of Family, Labor and Social Services Zehra Zümrüt Selçuk, accompanied by women lawmakers, bureaucrats, academics and representatives from non-governmental organizations, visited Anıtkabir, the mauseloum of Mustafa Kemal Atatürk, to pay their respects. Atatürk is the founder of Republic of Turkey, which implemented suffrage 11 years after its establishment in 1923.
"We will march to the future with the same courage as our women who protected the national will and the country's future during the War of Independence and on July 15 (2016)," Selçuk said, referring to the most recent coup attempt. Selçuk stressed that the country will strive to eliminate all kinds of discrimination against women, including in education and employment, as well as to empower women as individuals. Lawmakers also marked the day with speeches and news conferences, as did women's branches of political parties, women's group and several football clubs.
In 1934, Turkish women were among the first in Europe to achieve the right to vote and run for elected office through a constitutional amendment. In 1930, Turkish women were granted suffrage in local elections held that year. Since then, women have been active in national politics and founded the National Women's Party of Turkey in 1972 and the Women's Party in 2014.
There has been an increase in the number of women elected to Parliament in recent decades. While in 1935, only 4.5% of lawmakers were women, this share increased to nearly one in five legislators in 2019, even with the number of lawmakers rising from 401 to 600. Today, there are 102 women lawmakers in the Turkish Grand National Assembly, just about 17% of lawmakers. Politics is still a man’s game in Turkey and although women have a relatively larger presence in the Parliament, only four out of 81 provincial mayors are women.
Women’s suffrage and the right to stand for electoral office have a tarnished history in parallel with Turkey’s shaky political scene. The country switched to a republic in 1923 but it was not until 1946 that switched to a multi-party democracy. Democrats split from the all-too-powerful Republican People’s Party run by Atatürk protégé İsmet İnönü and introduced Turkey to true democracy.
However, they met with a tragic end as country’s first coup in 1960 derailed the democracy. It was that coup which would pave way for more of its kind and haunt the women seeking a voice in politics. Women had a right to stand for office but it applied only “certain women.”
It was not until a 2014 amendment that women wearing headscarves had a chance to be elected. The amendment by incumbent Justice and Development Party (AK Party) ended the decades-old influence of an ultra-secular mindset in Turkish politics, an unprecedented victory for headscarf-wearing women who were shunned from politics under the pretext of secularism. It came at the cost of insults, harassment and broken lives for women.
Among them were late women’s rights icon Şule Yüksel Şenler, whose resilience in the fight for rights of headscarf-wearing women landed her in prison, and Merve Kavakçı, who would have become the first headscarf-wearing woman to be sworn in as a lawmaker if it were not for Democratic Left Party lawmakers who mobbed her to leave the Parliament before she took her oath, in a notorious scandal.