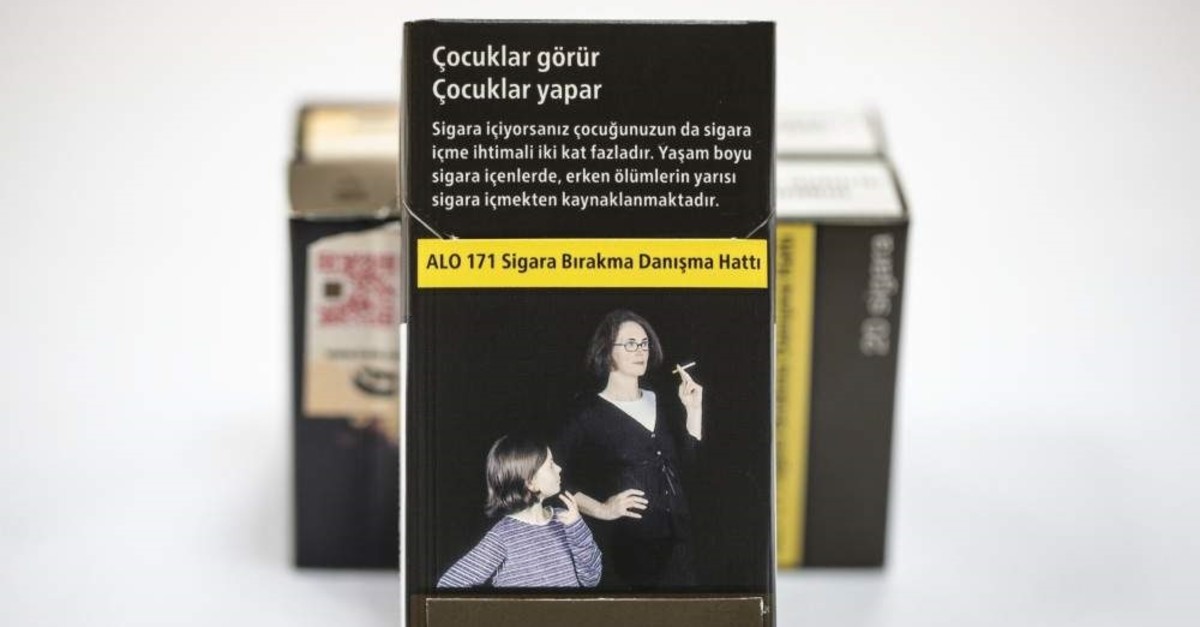 Turkey's newly-launched plain packaging amendment for cigarettes and tobacco products has already earned plenty of praise, with experts hailing it as a move that may help cut smoking rates back to levels seen in 2008, one year before the government introduced its first comprehensive anti-smoking plan. As part of the regulation that came into force Thursday, manufacturers will be required to end the production of current cigarette packs by January and replace them with simple packaging bearing no logos or shiny graphics.

Professor Elif Dağlı, a prominent anti-smoking activist and chairwoman of the Yes To Health Association, said the plain packaging may certainly work in the fight against smoking but would be much more effective if accompanied by other legal amendments on the issue. Speaking to Anadolu Agency, Dağlı said they lauded the amendment that was “one of the most important steps for tobacco control.”

“Cigarette packs had every color and visual element to promote smoking, and glossy packs trigger the addiction mechanism in the brain of a smoking addict. An unappealing single-color pack of cigarettes with just the brand name can beat this visual perception addiction,” she said. Dağlı said Australia, as the first country to implement plain packaging, had succeeded in reducing cigarette consumption with this initiative.

Dağlı said although this was a positive step for Turkey, more should have been done, pointing out that although packs' colors will be standardized now, their sizes will still be different, depending on the length of the cigarette. “They should have been the same size,” she said, warning that different sizes may affect the visibility of graphic health warning photos used on packs.

“Plain packaging may help reduce smoking rates but it is not the ultimate solution for tobacco control. We need better enforcement of the indoor smoking ban and to impose prison terms for those selling cigarettes to people below the age of 18,” she said.

Professor Nazmi Bilir, another tobacco control activist, said plain packaging was key to prevent the advertisement and promotion of tobacco products. “It basically prevents cigarette packs from being used as objects of attraction for smokers. It might help a decline in smoking rates that have been on the rise in the past few years. Smoking kills 120,000 people in our country every year and inflicts serious economic losses. Even a 10% decline in smoking rates will be an important gain for Turkey,” he told Anadolu Agency.