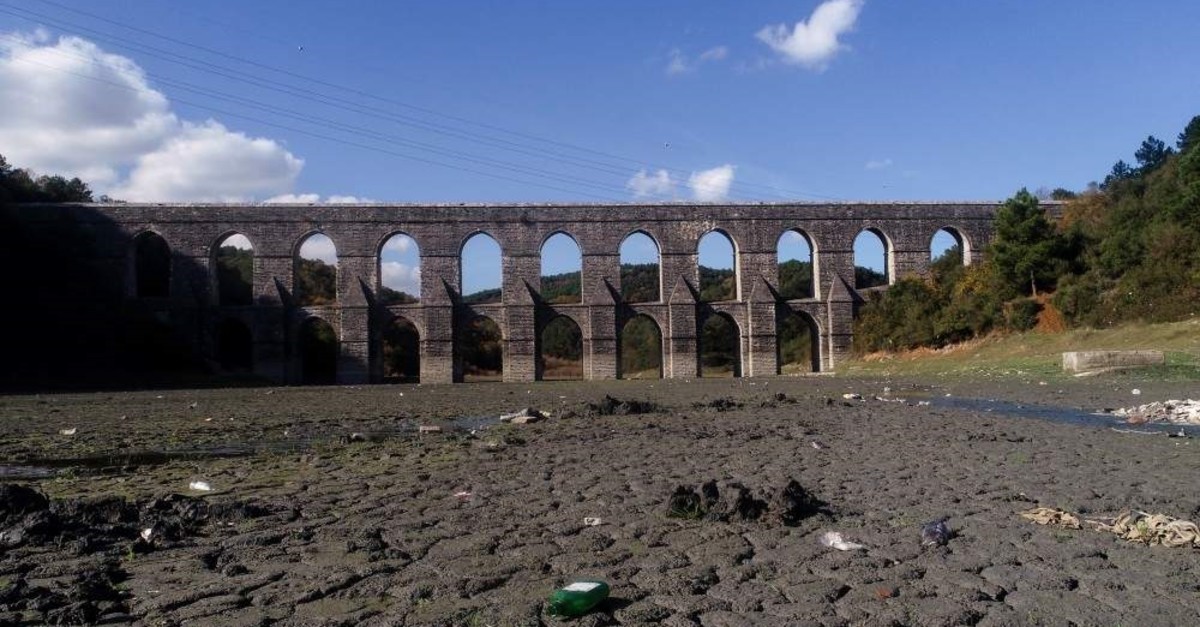 Turkey will soon conclude its driest autumn in 39 years with a drastic decline in precipitation. Experts have warned about more such seasons and stress the need for anti-drought measures

A dry spell bore down on Turkey this season, with figures showing it has been the driest autumn in 39 years. Meteorology data indicates precipitation decreased by 47% compared to last year’s autumn. Experts say that more dry seasons are expected for the country as the world grapples with climate change amid calls for immediate measures.

It was only on the shores of the southern Aegean region and Giresun in the Black Sea region where precipitation above seasonal norms was recorded. Elsewhere, there was a considerable decline in rainfall. Meteorological data points out a drop of as much as 60% in western cities like Çanakkale and Bursa, as well as areas north and west of central Anatolia, in some parts of the eastern Anatolian region and in the provinces of Hatay, Gaziantep and Şanlıurfa. With the exception of Muğla province in the country’s southwestern tip, almost all 81 provinces saw a drop in seasonal precipitation. It was worst in the central province of Çorum, where the decline in seasonal precipitation was 67%. Nevşehir, another central province, had the lowest rainfall.

The lack of rainfall is particularly distressing for Istanbul, the country’s most populated city. Media reports say the city only has enough water for the next 100 days without further rainfall. The water levels of dams supplying water to Istanbul are seeing 10-year lows.

Professor Mikdat Kadıoğlu of Istanbul Technical University’s (İTÜ) Meteorology Engineering Department said Turkey is experiencing a drier climate. “There will be less snowfall and a shorter winter. These are two important threats. We need to adapt to these changes and change our lifestyles,” he told Demirören News Agency (DHA).

Kadıoğlu said precipitation usually starts on Oct. 1 for Istanbul, but it has seen little rainfall in the past two months. “Rainfall was only seen in December. This is a city with a Mediterranean climate, where precipitation usually occurs in winter. A winter drought is very dangerous,” he warned.

He also pointed out that even in the case of regular, seasonal precipitation, it is important where it falls. “Istanbul’s water is provided by a delta in the west, in the Trakya region. The region did not have much precipitation, but we saw rainfall in areas supplying water to the city and closer to Istanbul. Still, water is a precious asset, and the public should be more cautious with its use,” he warned. “We need to consume cautiously and recycle if possible. This should be our new lifestyle. Climate change and increasing population put extra burdens on the world’s resources and damage nature. Istanbul started this year with a slightly dry spell, but it is already heading toward drier climate in the future,” he pointed out. He said possible droughts are predicted mostly for regions with a Mediterranean climate, not Turkey as a whole.

Kadıoğlu called for an action plan to fight future drought. “It should be like budget management. Like you manage money, you have to manage water. Drought requires risk management, not crisis management. You should already implement some measures. There won’t be much to do once you run out of water,” he said.

In recent years, Turkey has experienced the severe consequences of global warming, affecting ecological patterns from seasonal heat levels to rainfall. According to a projection by the Intergovernmental Panel on Climate Change (IPCC), the mean annual temperature in Turkey is set to rise 2.5 degrees Celsius to 4 degrees Celsius. The IPCC also estimated that Turkey will likely face severe droughts in general, while the northern regions will struggle with heavy floods.