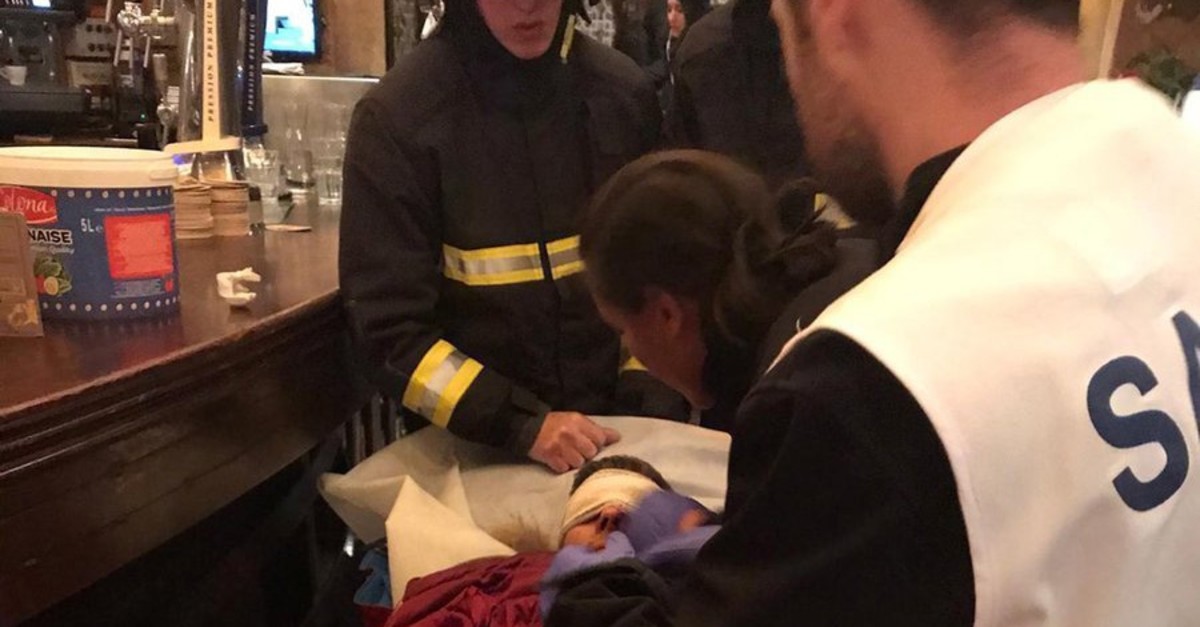 AA Photojournalist Mustafa Yalu00e7u0131n receives treatment following gas canister attack during protests in Paris, France on Thursday Dec. 6, 2019 (AA Photo)
by Daily Sabah with Agencies Dec 06, 2019 4:31 pm
A Turkish journalist covering the protests currently raging across France was injured when a gas canister thrown by police hit him in the eye, reports said Thursday.
Anadolu Agency photojournalist Mustafa Yalçın was targeted during the pension reform protests in Paris. He was rushed to a nearby hospital to receive treatment and is currently hospitalized, reports said.
Hundreds of thousands of French people are protesting President Emmanuel Macron’s pension reform plans. The protests were first sparked when Macron announced moves to simplify France’s unwieldy pension system, which comprises more than 40 different plans, many with differing retirement ages and benefits. Rail workers, mariners and Paris Opera House ballet dancers can retire up to a decade earlier than the average worker.
Macron says the system is unfair and too costly, seeking instead to install a single, points-based system under which every pensioner has equal rights according to each euro contributed. The government has given no indication it will make any climb-down over the central elements of the reform despite union calls on Tuesday for protests and strikes to take place up and down the country. Hundreds took to the streets nationwide following the call on Thursday.
A second protest would provide an opportunity for yet more workers to join the movement, CGT Union Federal Secretary Catherine Perret told reporters after joint talks with other organizations.
Many unions showed a willingness to discuss pension reform, but would not pledge support for the current plan, which they claim would "diminish the rights of employees in the public and private sectors alike," said the head of the FSU public-sector union, Bernadette Groison. "We are determined and we intend to make this a long-term movement."
Last Update: Dec 20, 2019 2:12 am
RELATED TOPICS