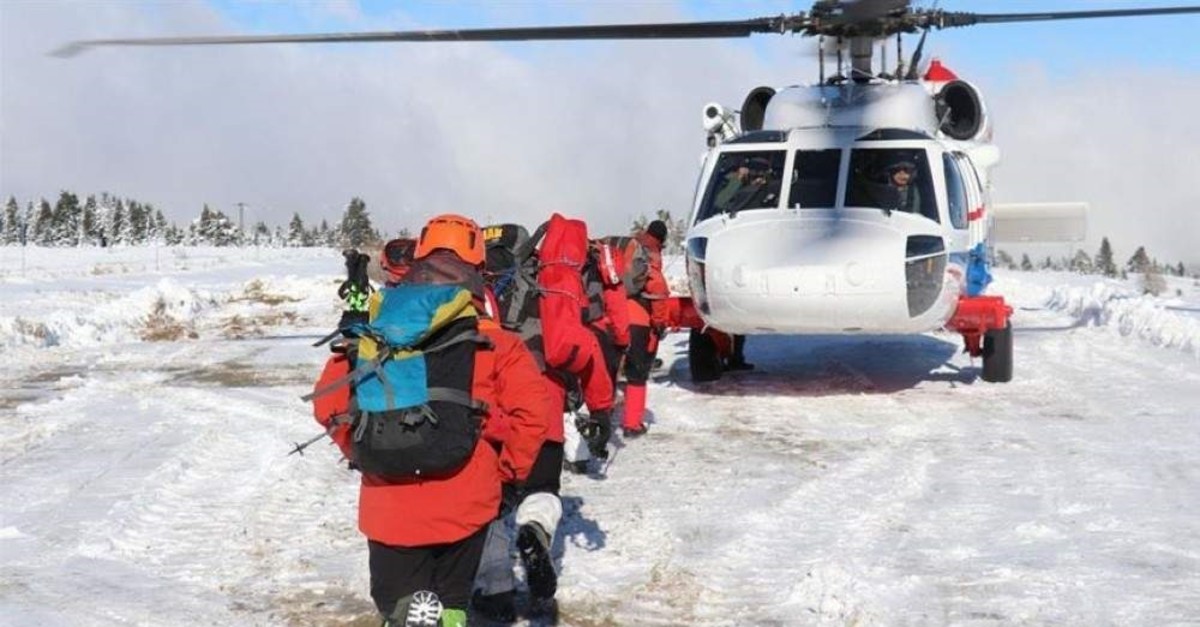 As search and rescue efforts continue for two Turkish hikers who went missing on Mount Uludağ in Bursa province, rescue teams said on Sunday that they had uncovered a coat and hat belonging to one of the pair.
After several days with no news, this was the first clue to the hikers' whereabouts since having gone missing on Dec. 1 as heavy fog began to gather near the mountain summit.

Rescue teams said that a coat and hat had been found in the bed of a stream on the seventh day of their search. The item was confirmed as belonging to 37-year-old Efe Sarp.
After examining security camera footage, authorities found images showing Sarp and his friend Mert Alpaslan, 31, before they went missing near the famous Mt. Uludag peak last week. The latest discovery has since narrowed down the search area.

Efforts were launched when the families of the hikers contacted the gendarmerie after losing contact with their sons.

An air-backed search is underway with nearly 270 rescuers, both from official and civilian rescue teams, under the coordination of Turkey's Disaster and Emergency Management Presidency (AFAD).

Vodafone and Turkcell GSM base stations were deployed in the region to conduct a technical surveillance of the hikers’ cell phones immediately after authorities were informed about the situation.