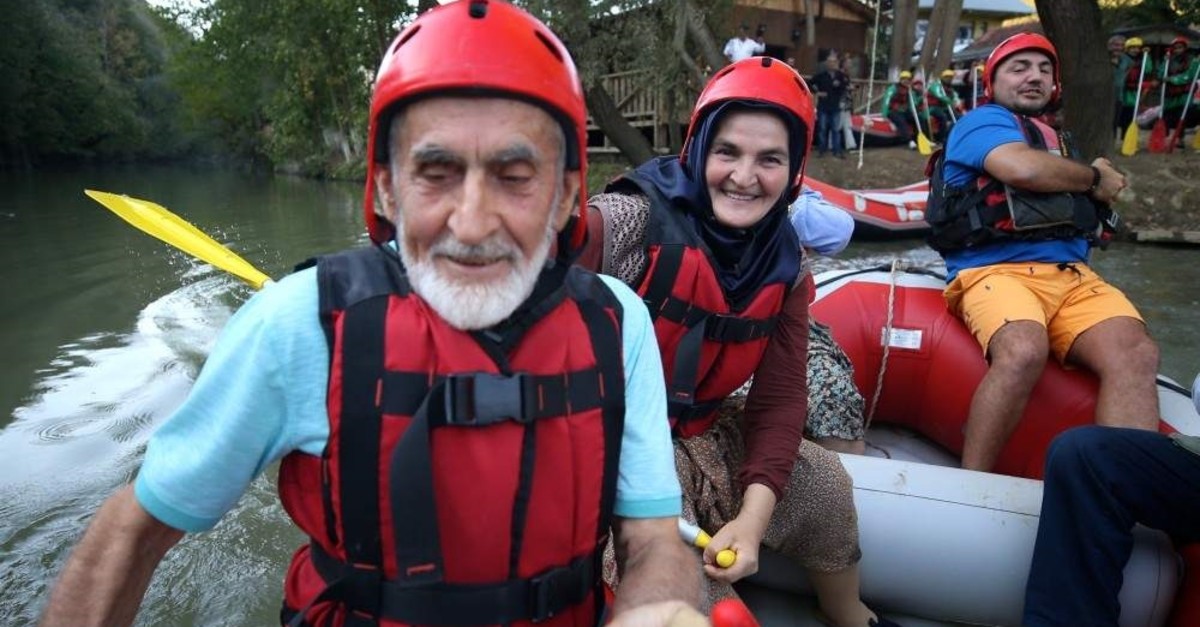 Turkey made it into the 'very high development' category of UNDP's Human Development Index in 2018, the UN agency announced on Monday, thanks to higher life expectancy and improved standard of living

Turkey has been classified for the first time in the very high development category in the Human Development Index (HDI), posting a 0.806 value in 2018.

The country ranked 59th among 189 countries and territories, the U.N. Development Program (UNDP) said in a report released Monday. The country's index value rose 39% from 0.579 in 1990, according to the UNDP report.

The HDI is a summary measure for assessing long-term progress in three basic dimensions of human development: A long and healthy life, access to knowledge and a decent standard of living. A new generation of inequalities is opening up around education and technology, and climate change, according to the report.

HDI data shows that the country's mean years of schooling rose by 3.1 years, while expected years of schooling climbed by 7.5 years during the same period. In nearly two decades, Turkey saw a massive overhaul of the crumbling education system. The transformation, “that almost built an education infrastructure from scratch,” as President Recep Tayyip Erdoğan called, helped a rise in schooling rates.
Turkey also boosted its education budget to TL 114 billion from TL 7.5 billion when the incumbent Justice and Development Party (AK Party) came to power 16 years ago. Increasing the school-age with 12 years of mandatory education, campaigns to enroll more girls in schools especially in rural areas where girls are prevented by families to go to schools are credited with increasing rates.

The report also disclosed the standings for the gender inequality index, which reflects gender-based inequalities in three dimensions: reproductive health, empowerment and economic activity. Turkey stood at 66th place out of 162 countries with a gender inequality index value of 0.305 last year. "In Turkey, 17.4% of parliamentary seats are held by women and 44.3% of adult women have reached at least a secondary level of education compared to 66.0% of their male counterparts," the report said.

The UNDP report says that despite “unprecedented” progress against poverty, hunger and disease, many societies are not working as they should and current demonstrations sweeping across the world indicate this fact.
“Different triggers are bringing people onto the streets, the cost of a train ticket, the price of petrol, demands political freedoms, the pursuit of fairness and justice. This is the new face of inequality, and as this Human Development Report sets out, inequality is not beyond solutions,” UNDP Administrator Achim Steiner said in a statement published on the UNDP website.

The report, titled “Beyond income, beyond averages, beyond today: inequalities in human development in the 21st Century,” says that just as the gap in basic living standards is narrowing for millions of people, the necessities to thrive have evolved. A new generation of inequalities is opening up, around education, and around technology and climate change, two seismic shifts that, unchecked, could trigger a "new great divergence" in the society of the kind not seen since the Industrial Revolution, according to the report.