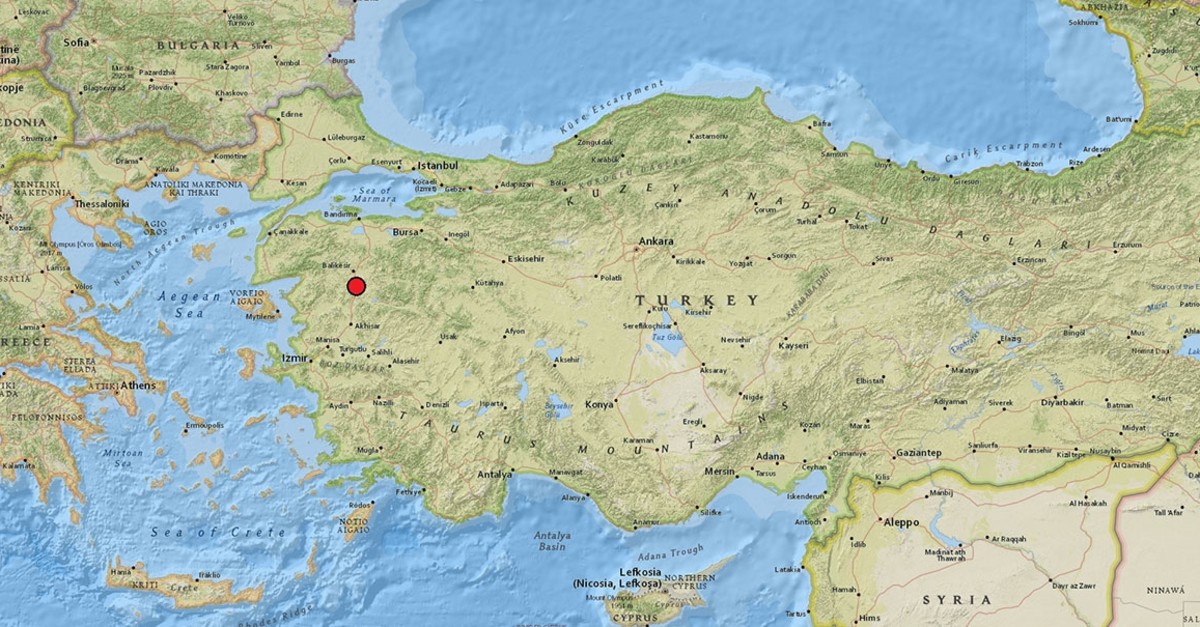 An earthquake with a magnitude of 5.0 rocked the western Turkish province of Balıkesir late Tuesday.

According to Turkey's Disaster and Emergency Management Authority (AFAD), the quake struck Balıkesir's Akçaköy district at 11:14 p.m. (0814 GMT) from a depth of 7 kilometers (4.3 miles). The magnitude of the earthquake was initially reported as 4.6, but the Kandilli Observatory and Earthquake Research Institute later revised the measure to 5.0.

Soon after the initial quake, the province was shaken further by a series of nine aftershocks ranging from between a magnitude 4.5 to 1.9.

Speaking to reporters, Balıkesir Governor Ersin Yazıcı said no injuries or damages had so far been reported. "Our emergency response teams are present in Akçaköy, the epicenter of the earthquake. They have reported no signs of damage," he said.

According to initial reports, the quake was felt across several of Turkey's western provinces, including İzmir, Çanakkale and Bursa.

Turkey is among the world's most seismically active countries as it is situated on several active fault lines, and dozens of minor earthquakes and aftershocks occur daily. The most potentially devastating fault line is the North Anatolian fault line (NAF), where the Anatolian and Eurasian plates meet.

A strike-slip fault that formed as the Anatolian plate was being pushed northwestwards by the Arabian plate, the NAF has produced devastating earthquakes throughout history.

More than 17,000 people were killed and over 43,000 were injured when a magnitude 7.4 quake rocked the Marmara region for 37 seconds in the early hours of Aug. 17, 1999, with its epicenter located in Gölcük province, some 75 kilometers southeast of the Bosporus.

In September, a 5.8-magnitude earthquake in the Marmara Sea shook Istanbul and sent panic across the city, injuring 34 and damaging 473 buildings.