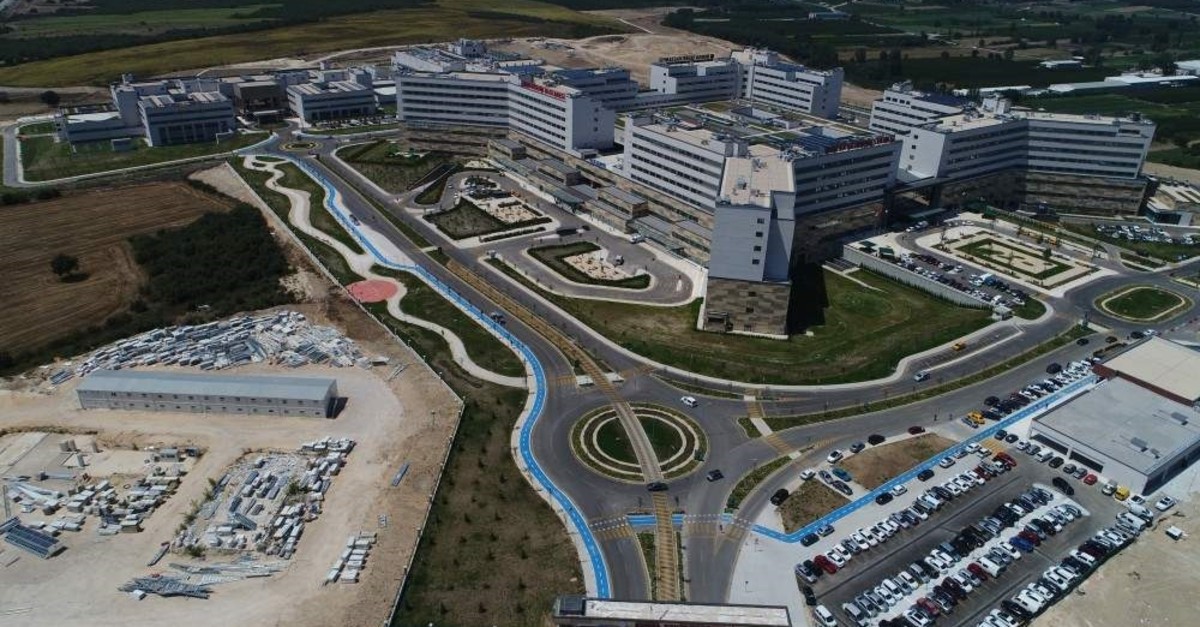 City hospitals, like this one in the city of Bursa, provides a wider public access to healthcare and forms a key part of health reforms. (AA Photo)
by Anadolu Agency Dec 11, 2019 2:33 pm
Health reforms introduced in Turkey in recent years have led to a leap in the country’s human development in order to reach the U.N.'s very high category, experts told Anadolu Agency.
Claudio Tomas, the resident representative of the U.N. Development Program (UNDP) in Turkey, said the country has made "incredible progress" in terms of life expectancy, schooling and income per capita. "These three reasons basically have increased the human development index of Turkey to a very high human development level," he said.
According to the UNDP on Monday, Turkey was classified in a very high development category in 2018, with a Human Development Index (HDI) value of 0.806. The country was ranked 59th among 189 countries and territories. "In particular one of the reasons why the life expectancy has gone up in Turkey so much, is because the country is very successful in health reform," Tomasi said, also citing a drop in child mortality. He underlined that the life expectancy rose to 77 years in 2018, up from 64 in 1990, calling it a "big achievement." Tomasi pointed out that the Gross National Income (GNI) per capita in Turkey inched up to $24,000 from $11,000 in almost three decades.
While the HDI value has soared by 22.4% since 1990, Tomasi said Turkey saw nearly a 40% rise during the same period. "This is much better. Comparatively speaking, the progress of Turkey on these dimensions within the past 28 years has been higher than in other countries," he added. On the contrary, the divergence between least developed and developed countries widened, Tomasi said. Pointing to the emergence of a new generation of inequalities such as education, technology and climate change, he said technology-based transformation in the Turkish economy creates "serious” challenges and opportunities for the country.
Güven Sak, the managing director of Economic Policy Research Foundation of Turkey (TEPAV), underlined that the report is based on long-term indicators. "A rise in life expectancy and health, a decrease in infant mortality, as well as Turkey's long-term performance in GNI figures, brought the country the success in the index," he stated. Globalism, Sak said, paved the way for easy access to developments in the health sector. "Turkey's progress in the last 15-20 years is crucial, to which the health reform contributed." He added that the country should focus on the steps that should be taken in the future rather than successes gained. "We should concentrate on what kind of injustices will arise," he said, suggesting that Turkey improve its performance in social gender equality.
Last Update: Dec 20, 2019 2:18 am
RELATED TOPICS