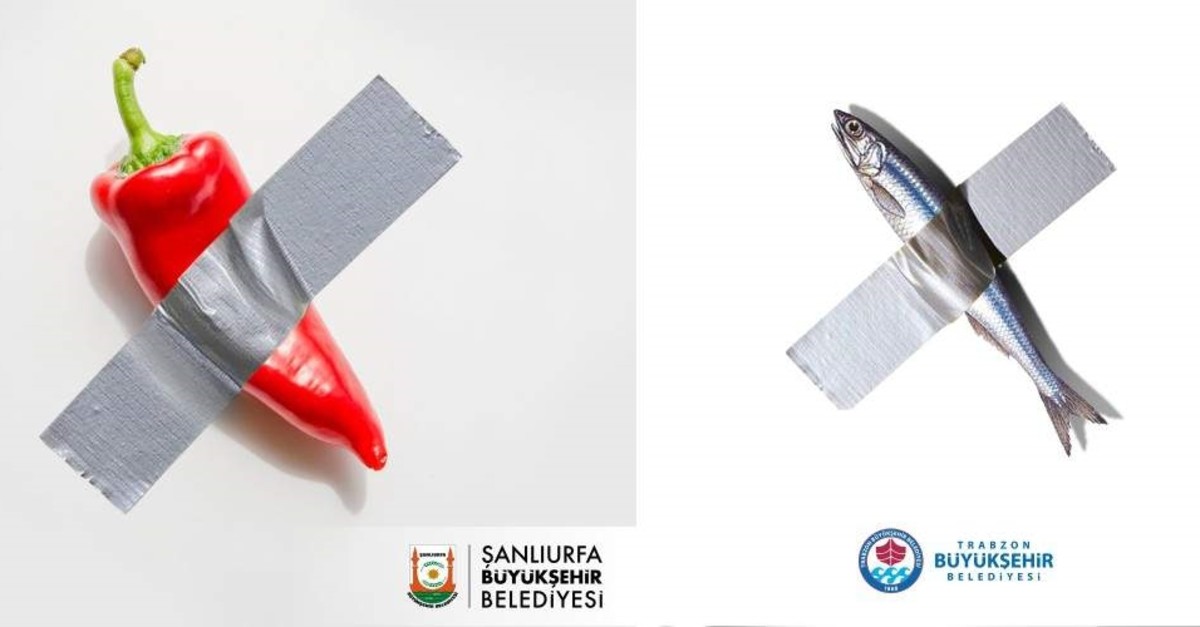 Maurizio Cattelan is the talk of the art world nowadays with his latest work – a banana duct-taped to a wall – that made its debut at an art show in Miami. Sold for $120,000, it was inevitable that the art piece would pave the way for countless internet memes, with social media users sharing photos of mundane items duct-taped on the wall. Two Turkish municipalities have now joined the latest internet fad via their Twitter accounts.

The Twitter account of the municipality of Şanlıurfa, a southeastern city, shared a photo of isot – a nationally famous red pepper native to the city – duct-taped to a wall, with the caption, “our priceless art work.” The municipality of Trabzon, a Black Sea city, followed suit with a photo of an anchovy duct-taped to a wall. “This is what we call art work. It is better steamed,” read the tweet that accompanied the photo of the anchovy, which the city is famous for.