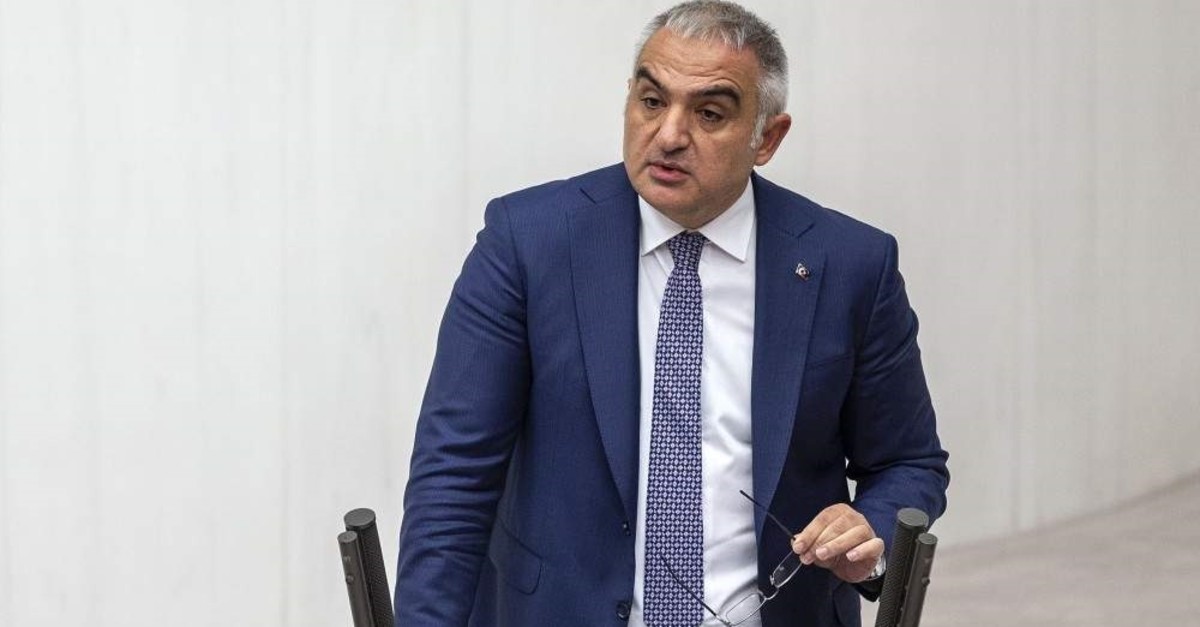 The Culture and Tourism Ministry is in talks with U.K. officials on the return of two artifacts to Turkey.

Work on the return of historical artifacts that originally belonged to Turkey but were smuggled or taken abroad for various reasons over time have been carried out by Turkish officials, the culture and tourism minister said on Wednesday.

Culture Minister Mehmet Ersoy, speaking at the Turkish Grand National Assembly (TBMM) on the 2020 budget plans of the institutions bound to the Culture and Tourism Ministry said that a total of 4,437 historical artifacts were returned to Turkey, to the land where they belong, between 2004 and 2019.

Referring to the two recently found artifacts, he said they were planned to be sold via an auction in the U.K.

One of the artifacts is a model of a cart drawn by two bulls which has similarities with the works in a collection in Şanlıurfa Museum in southeastern Turkey. The second artifact is one of the two missing pieces of the sarcophagus of Sidamara – the ancient name of a village in central Turkey – that belongs to the Roman Period. The other part of the sarcophagus is currently in the Isparta Museum.

“Both artifacts will be delivered to our embassy in London soon and will then be brought to Turkey at the beginning of 2020,” Ersoy said.

Saying that the ministry has been carrying out works regarding the return of the artifacts in a coordinated manner with internal and external stakeholders, mostly through diplomatic initiatives and when necessary legal remedies, Ersoy noted that the anti-smuggling unit will be turned into a directorate in 2020 for efficiency and the number of expert staff will be increased.

With the renewing of the smuggling bureau the follow-up and return of artifacts will be faster, he added.