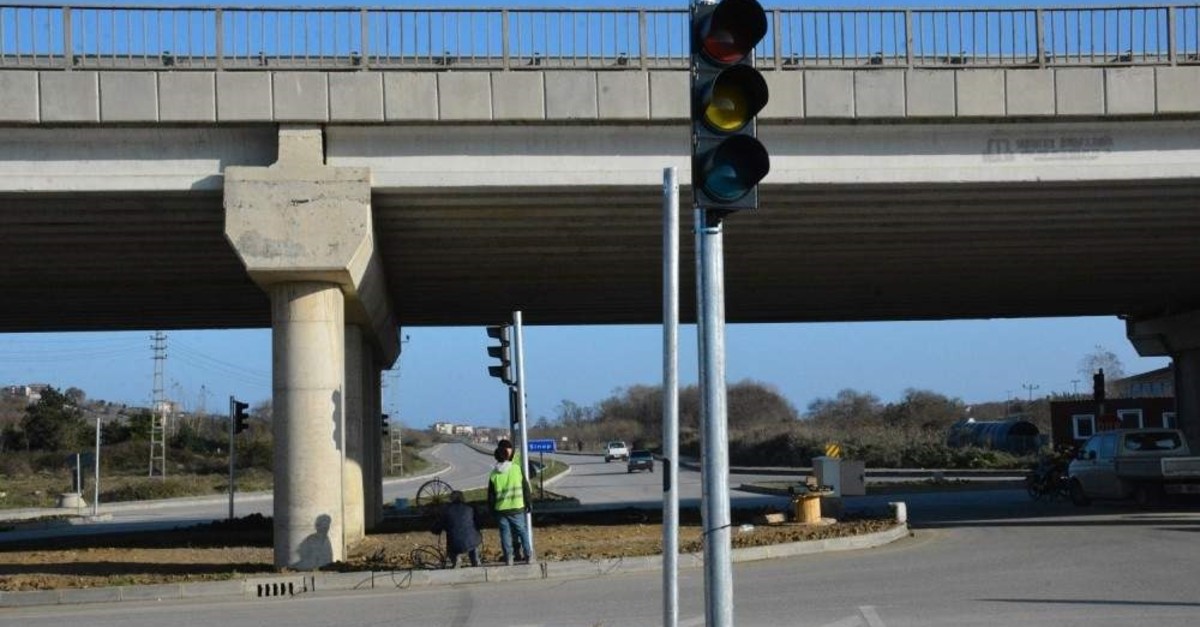 The lights were installed after an intersection became notorious for fatal accidents. (?HA Photo)
by Daily Sabah Dec 12, 2019 4:45 pm

The northeastern province of Sinop lost its title of Turkey’s only city without a traffic light after authorities installed several on a busy intersection due to increasing traffic accidents.

The idyllic town with a population of just 39,000, got its first traffic light in 21 years after authorities from the General Directorate of Highways (KGM) installed 20 of them near a busy intersection that became notorious for increasing traffic accidents.

Speaking to İhlas News Agency, Sinop Mayor Barış Ayhan said the lights were deemed necessary due to the increasing population of the city. Ayhan said the municipality worked with KGM officials to set up the traffic signals near the intersection of the industrial zones between the towns of Korucuk and Ordu.

A local from Sinop said the lights were installed after several people contacted the authorities. “After we submitted our requests, many people died in fatal accidents. Better late than never,” Bayram Güven said.