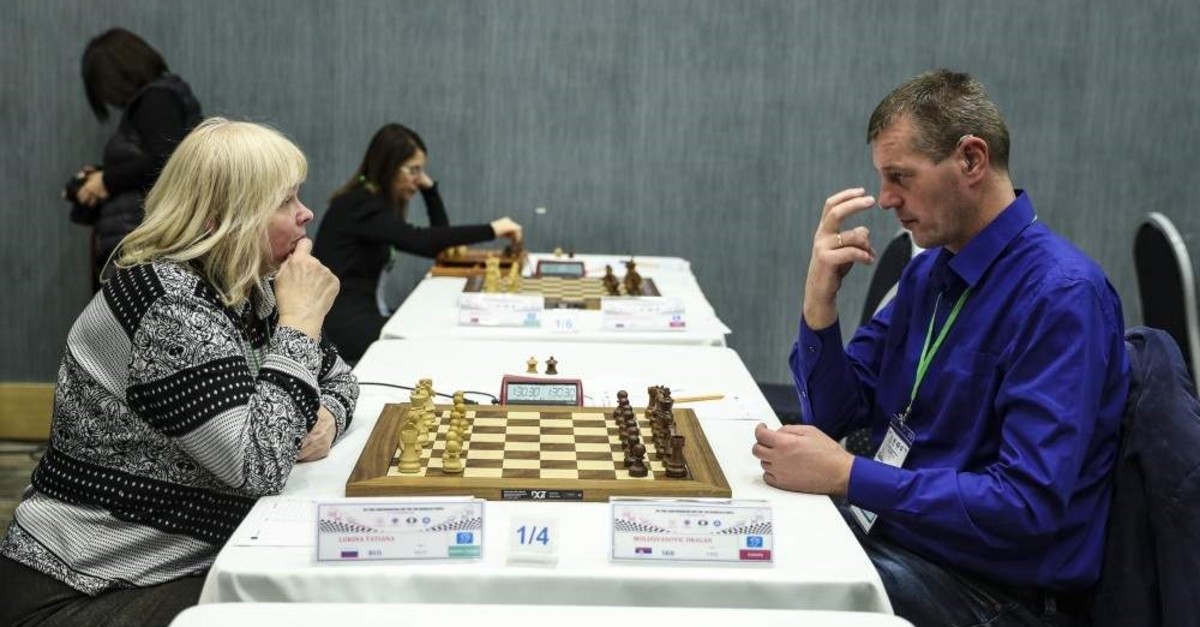 Turkey became the first host country of the tournament, which welcomed 30 international chess players from four continents. The seven-day tournament in the capital Ankara ended Saturday.

The tournament hosted chess players with disabilities, like physical, visual or hearing impairment, from 24 countries.

Gülkız Tulay, head of the Turkish Chess Federation, highlighted the importance of the event.
"For the first time, people with disabilities are competing in a chess tournament,” Tülay said. "It is important Turkey hosted this competition. This proves that FIDE sees it as a reliable partner,” she added.
Tülay said the tournament would help promote chess in Turkey. "We believe that there is no barrier to playing chess. Chess is one of the most successful competitive events in Turkey for people with disabilities,” she said.
She underlined that the federation has carried out many important projects for visually impaired chess players and they will continue to work on more projects in the coming years.

Chess has recently been gaining popularity in Turkey, with some 900,000 registered chess players. Next year the Chess Federation aims to reach 1 million registered players, she said.

Handenur Şahin, 22, who was born with spinal muscular atrophy, has become one of Turkey’s most successful chess players. She has been playing chess for 12 years now. In addition to her professional chess career, Şahin studies political science at Galatasaray University.
Şahin believes that playing chess helps her in many ways, especially in effectively managing time in her daily life. "I became a highly organized person by playing chess. While I take part in chess tournaments abroad, I’m continuing my university education. This is why I need to manage my time effectively, which requires me to be highly organized,” she said. She said chess changed her life.

"Chess makes life more colorful. I started to play when I was in fourth grade. My life has changed since and I have proved myself with this sport. I was ranked fifth in Europe when I was only 17.”
She said she dreams of working with chess players with disabilities and especially girls with disabilities.

Campos Eugenio, 44, came to the tournament from the Central African country of Angola. He has won several national titles to date.

Eugenio works for an insurance company. "Chess is an activity that creates equality among people. We sit at the same table to play chess. It’s important to get people closer to each other through chess. Chess is a chance to fight discrimination,” he said.
"I congratulate Turkey and the federation for this competition. It’s a very good initiative,” he added.

Spanish chess player Draghici Flutur Gavril, 49, traveled from Spain to participate in the tournament. In his country, he sells lottery tickets. A chess player since age 13, Gavril is blind in the left eye with limited vision in his right. "I do this sport by touching the chess pieces. Chess helps me understand how the world works,” he said.