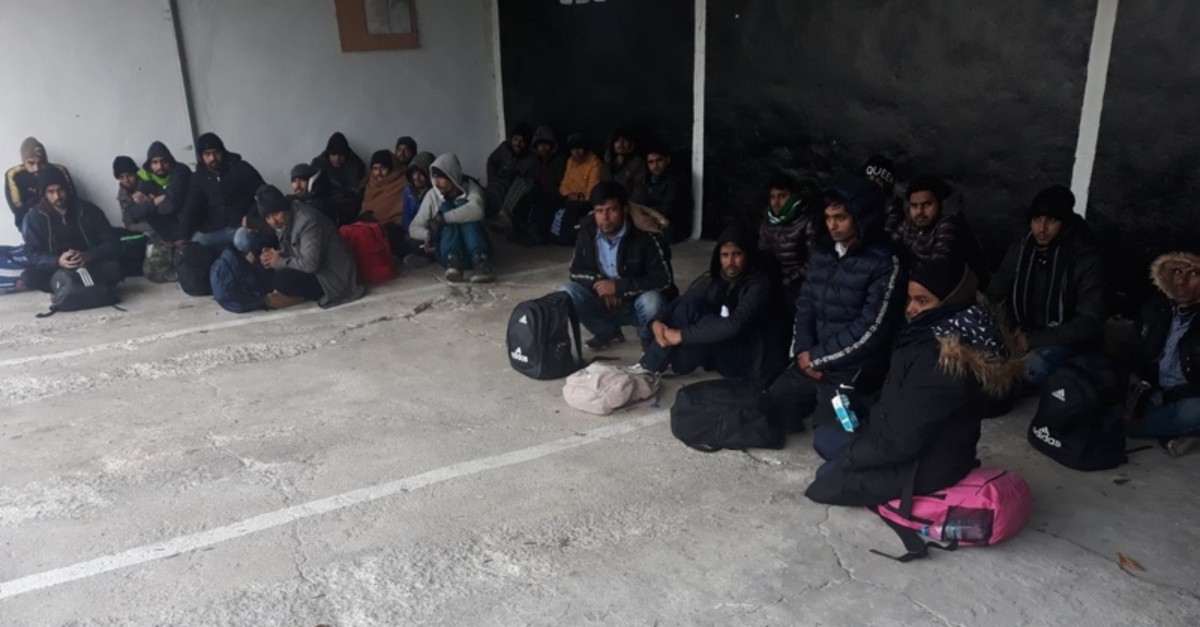 Border patrol forces in the northwestern province of Edirne stopped 60 irregular migrants from illegally crossing into Greece.
According to the authorities, the group consisted of Pakistani, Afghan and Filipino citizens.

Similarly, security forces in the neighboring Tekirdağ stopped 26 migrants on their way to the border with Greece.
Authorities say five suspects were also detained for organizing travel arrangements for the migrants.

In the western province of Balıkesir, 38 migrants were held as they prepared to cross into the Greek island of Lesbos Island.
The migrants were stopped before they were able to launch their inflatable boat for the dangerous crossing. The apprehended individuals were handed over to the local migration authority.

Throughout 2018, Turkey stopped some 268,000 irregular migrants, according to the Interior Ministry.
Turkey has been a key transit point for irregular migrants, especially those fleeing war and persecution, aiming to cross into Europe to start new lives.

The Greek islands near Turkey's Aegean shores are a favorite jump-off point for migrants heading to Europe. However, their journeys are unsafe, taking place on usually-overcrowded dinghies sometimes steered by inexperienced individuals ignorant of weather conditions. Yet some desperate migrants take the route even in the winter when a safe journey through the Aegean is nearly impossible.