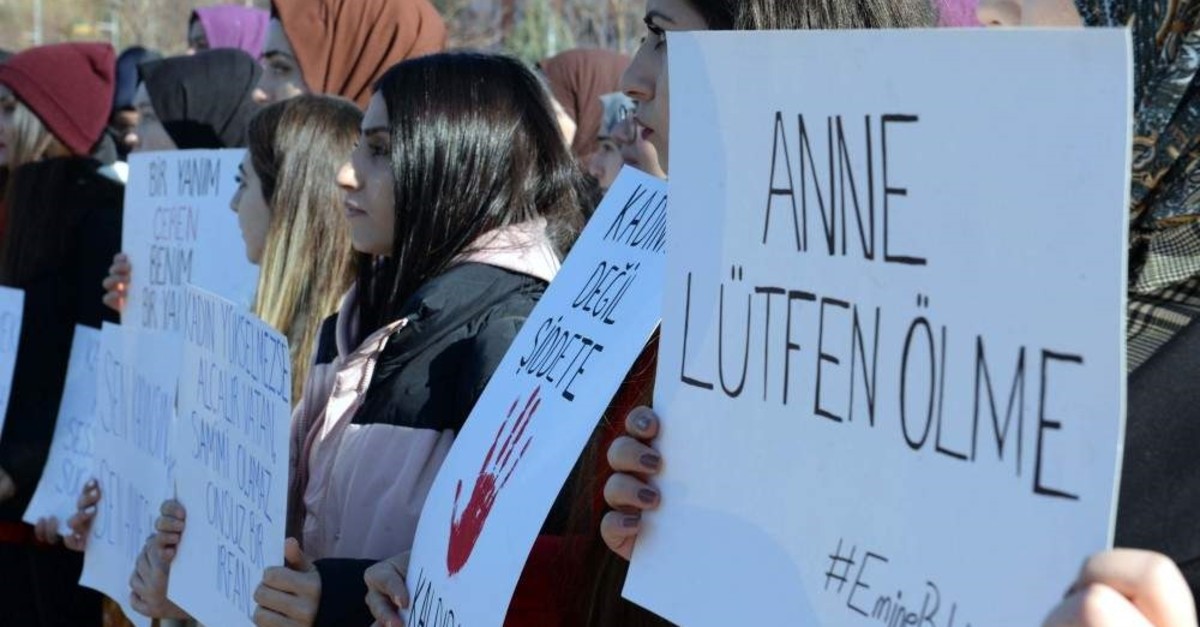 The Justice Ministry revealed a series of new steps to fight the issue of violence against women. Among them are special prosecutors for violence cases, protection orders for victims and stricter prison conditions for perpetrators

Amid outcry over a string of fatal domestic violence cases and murders of women, the Justice Ministry updated a circular in force and introduced stricter measures to address the issue. The circular, sent to a top judiciary body and chief prosecutors across Turkey on Wednesday, calls for the assignment of special prosecutors to the cases and brings automatic protection orders for victims. It also orders perpetrators in some cases to be moved to prisons with higher security.

This year in Turkey, 299 women were killed by their spouses, according to official figures from November. Though the number seems low, it excludes random murders of women by perpetrators they do not know. Whether it results in the death of the victim or not, domestic violence and violence toward women continue sparking public outrage over controversial court rulings of low sentences for perpetrators. Surviving victims in most cases also complain about inadequate protective measures for them.

Existing laws do not tolerate domestic violence or violence against women but a debatable interpretation of the laws by courts paves the way for perpetrators to get away with relatively lenient prison terms. Restraining orders are also often violated due to their loose implementation.

The circular by the Justice Ministry will serve as a new guideline for authorities to implement and interpret the current laws and regulations and update a 2015 circular on the issue.

It calls upon relevant authorities to work in coordination for efficiently combating violence, to focus on the causes of violence and increase preventive measures against perpetrators, as well as boosting the mechanisms to protect the victims.

The circular orders expansion of the Bureau for Domestic Violence and Violence Against Women set up in Chief Prosecutor’s offices as well as additional training on the issues for prosecutors assigned to the bureaus. These special prosecutors will be solely responsible for handling cases of domestic violence and will not be assigned to other sections of the Prosecutor’s Office. It also calls for prosecutors to better handle cases rather than transferring most of the tasks to law enforcement. Prosecutors are also asked to interview the victims or plaintiffs in detail.

Prosecutors are ordered to issue protective orders for victims in proportion with the actions of perpetrators and run background checks on victims, seeing whether they filed a similar complaint in the past. They are also ordered to prevent the sharing or leaking of anything regarding violence cases to social media during the investigation process.

In compliance with international agreements and national regulations, victims will be interviewed in the company of experts for specific cases in which high levels of psychological damage have been done to the victim. Prosecutors will also be required to demand a social services report from local branches of the Ministry of Family, Labor and Social Services for the cases. These reports on the victim, his/her family, his/her education, economical and psychological state and reports on the perpetrator’s background will be presented to the courts where the cases are handled for proper sentencing for the defendant and better protection for the victim.

Prosecutors can request additional measures for perpetrators according to the circular, such as taking anger management classes, training on how to cope with stress and awareness training against domestic violence.

“Incessant pursuit” of a plaintiff, if she/he has security concerns, by the person she/he filed the complaint toward will be prevented with proper measures. Law enforcement often has little to do until the perpetrator acts. If there is no restraining order, the suspect can harass or stalk their victims before assaulting them.

If the victim/plaintiff is in grave danger, authorities will be authorized to impose temporary protective measures even if she/he does not seek such measures. Experts say women often tend not to file complaints against their violent spouses for fear of being killed if he is released pending trial, if he is arrested, or in retribution from the perpetrator’s relatives.

Violation of a restraining order or similar measures by the perpetrator will be punished by assigning them to prison facilities with higher security instead of “open” prisons where convicts and detainees are allowed to take leaves. Some domestic violence murders have been committed by former or current boyfriends/husbands of the victims who were imprisoned in “open” prisons for violating restraining orders, stirring up public outrage. Recently, a convict who escaped from a low-security prison killed a young woman in the northern city of Ordu, fueling a debate on prison conditions for convicts with a history of violence.