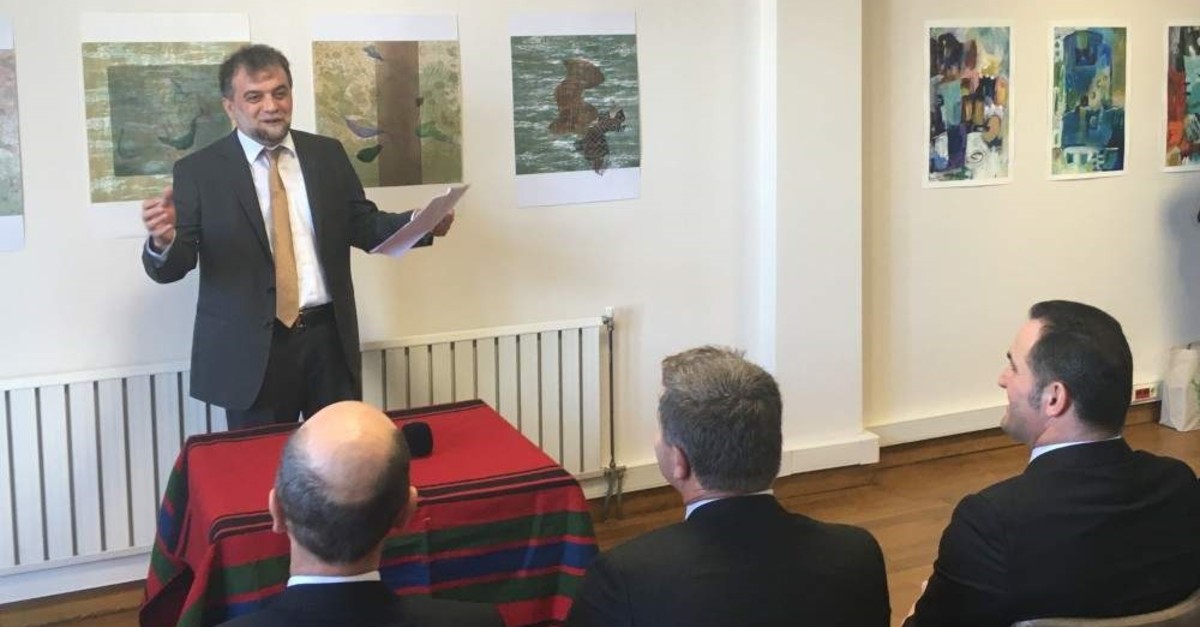 The North Macedonia Cultural Center opened in Istanbul with an inauguration ceremony on Wednesday.

Speaking at the ceremony, North Macedonian Culture Minister Husni Ismaili said that the center will be a home for establishing a bridge of friendship and cooperation between the peoples of the two countries.

Ismaili said that the center was established following an agreement between the two countries to deepen the cultural cooperation between Ankara and Skopje.

He added that the center will be home to artists along with Turkish citizens who has Macedonian background.

Ismaili noted that a center for Turkish culture will also be inaugurated in Skopje, within the scope of the cooperation. The historic Kurşunlu Han building was transferred to the Turkish Republic temporarily for its use as the cultural center after restoration, Ismaili said.

Also speaking at the ceremony, the cultural center's director Ramadan Ramadani said that as Macedonians, they never feel like strangers in Turkey, adding although the two countries are not neighbors geographically, their cultures share the same values and principles, connecting them like neighbors.

The inauguration ceremony of the center, which is located in the Beyoğlu district of Istanbul’s European side, was attended by North Macedonia’s Ambassador to Ankara Zvonko Mucunski, North Macedonia's consul general in Istanbul, Aktan Ago, Beyoğlu Mayor Haydar Ali Yıldız and Yunus Emre Institute’s Skopje Branch Office Chairman Serhat Kula, along with many others.