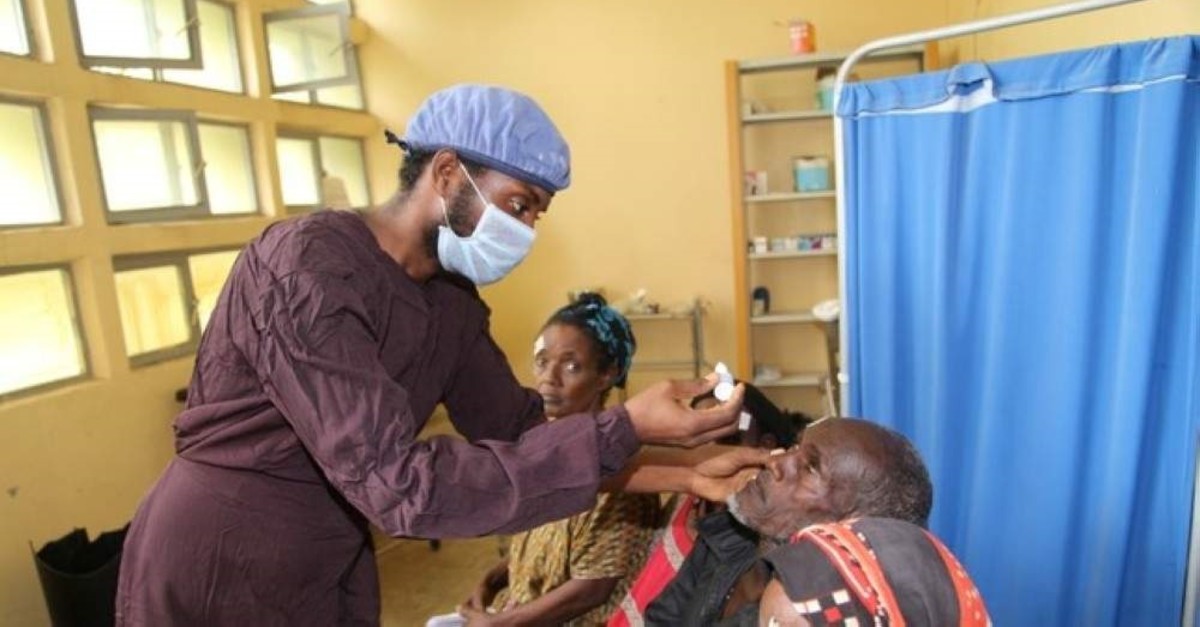 A doctor examines the eye of a cataract patient at Macamad Oakleh Kassehta hospital, the only hospital in Ethiopia where cataract surgeries are performed, May 23, 2019. (AA Photo)
by Daily Sabah with DHA Dec 18, 2019 5:19 pm

A youth center that operates under the Tuzla municipality in Istanbul initiated a project to provide eyeglasses to Nigeria, where eye diseases, particularly cataracts, are prevalent. Within the scope of the project, thousands of prescription eyeglasses will be sent and volunteer doctors will conduct free cataract surgeries.

To address a growing number of cataract cases in the Africa continent, the Tuzla Municipality Youth Center (TUZGEM) and volunteer doctors came together to start a charity project, through which the students at the center have collected 10,000 glasses from across the country, mostly through social media campaigns.

The glasses will be delivered to the African country by a Turkey-based charity, Volunteers Association of Health and Education Villages (BİSEG). During the 15-day trip, volunteer doctors are also planning to conduct 800 cataract surgeries.

Tuzla Deputy Mayor Turgut Özcan, the founder of the project, said he has been going to Africa every year, and therefore the students at the center came to him to get involved in such a project.

“When it comes to volunteering, they come up with projects that we can't even imagine,” he said, referring to the students.

BİSEG Chairman İbrahim Ceylan said that, for 14 years, they have been providing assistance to the Africa continent, where, in some places, a pair of glasses is a valuable asset.

“Cataracts are one of the biggest problems in Africa. The second problem is gynecological illnesses. We are trying to provide health services in all branches in Africa,” he said, adding that the young people will take over these efforts and continue the voluntary aid.

Students Şüheda Kocaman and Emre Fidan noted that they are very glad to be part of such a project, adding that they have received a lot of support from across Turkey. They said that since “the glasses continue coming to the center, they are now collecting them to send to Africa next year.”