Turkey at risk of water shortage in near future 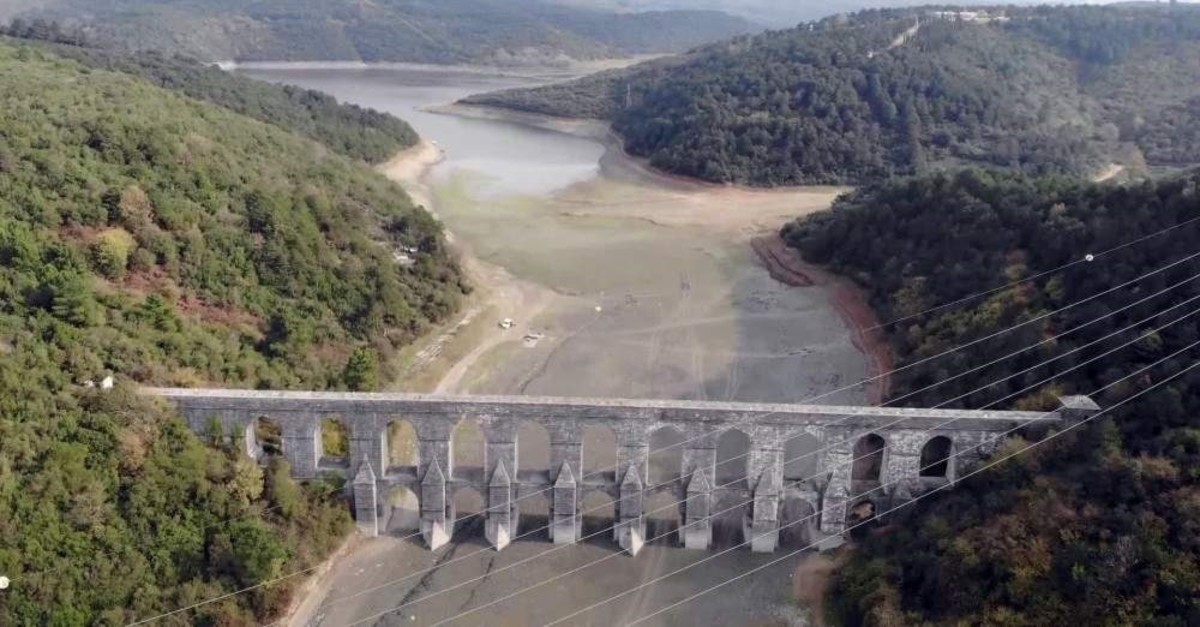 A top water management official warned that Turkey, “not exactly rich in water resources,” faces the danger of a water shortage in the near future due to combined social and economic factors aggravated by climate change

Like the rest of the world, Turkey has weathered the consequences of global warming in recent years. As ecological patterns change seasonal temperatures, precipitation has gradually decreased.

Mustafa Uzun, deputy director of the Water Management Authority, warned that Turkey was not “poor” in water resources, according to current data, but it is “neither very rich.”

“We are under water stress and studies show it is likely that we will be one of the countries facing a water shortage soon,” Uzun told a meeting on national basin management strategy in the northern city of Trabzon Wednesday.

A projection by the Intergovernmental Panel on Climate Change (IPCC) shows that the mean yearly temperature in Turkey is set to rise 2.5 degrees Celsius to 4 degrees Celsius. The IPCC also estimated that Turkey will likely face severe drought across the country while the northern regions will be hit with heavy floods.

Uzun pointed out that the need for clean water resources increases day by day. “Water resources around the world are quickly depleting due to the rapid rise in population, increasing needs and industrialization. In Turkey, the usable amount of water per person for a year is 1,365 cubic meters,” he said. Projections show this will drop to 1,200 cubic meters in 2030, because of population increase and industrialization.

Climate change also poses a risk to the quality and amount of water resources. Uzun said drought conditions or extreme precipitation causing floods will affect the population. Noting the results of studies by the ministry, he said they expected dramatic rises in the number of hot days and nights, consecutive days of drought and heat waves. He added that they aim to conclude drought management plans for the Eastern Black Sea Basin and others by 2023.

The Eastern Black Sea Basin is productive in terms of water resources but it also weathers the majority of the country's floods. Higher precipitation compared with the rest of Turkey and the regional topography often aggravate floods while also presenting the vast potential for hydroelectric energy.

Turkey faced its hottest summer in 2010, and just eight years after that, the country faced its third-hottest year, according to the country's General Directorate of Meteorology.

Extreme drought used to hit Turkey nearly every two decades but this frequency has increased to four or five years recently, according to experts who warn that nearly half of the lands in the country are at risk of desertification. The country is also battling deforestation and managed to rise to No. 3 on the list of countries adding the most forestland, increasing its forestland by 6% over the last three decades.

Akgün İlhan, an environmental scientist, warns that the country is under water-stressed conditions which are causing the deterioration of the quality of freshwater resources, citing Falkenmark Water Scarcity Index, which measures the scarcity with freshwater per person in a country.

Speaking to Anadolu Agency in a June interview, İlhan said even though Turkey's water basin is under the growing pressure from over-urbanization, industrialization and intensive farming practices, solving its water crisis is not as complicated as some think. In fact, the solution is not to constantly increase the water supply, but to reduce water demand by using it economically, she stressed.