Building bearing traces of 4 historic periods on sale in Istanbul 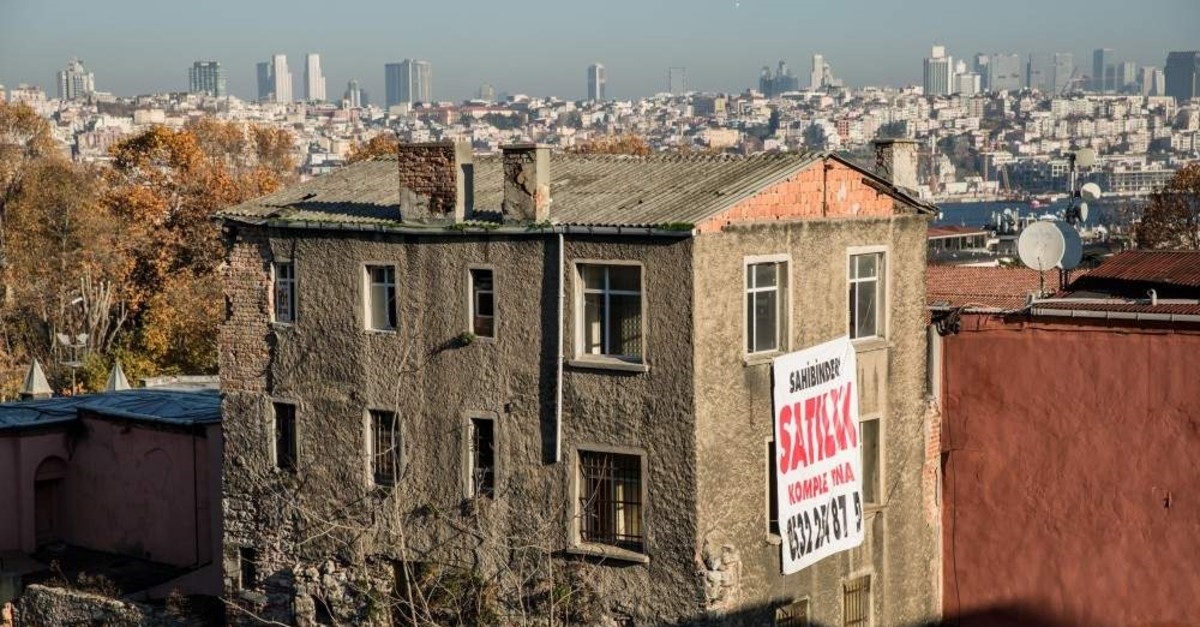 A building bearing traces from the Roman, Byzantium and Ottoman eras, seen above, is on sale in Istanbul's historic Fatih district. (DHA Photo)
by Daily Sabah with DHA Dec 20, 2019 10:38 pm

A historic building in Istanbul that bears the traces of several historic periods, including the Roman, Byzantium and Ottoman eras along with the early Republican period, is up for sale for $1.75 million.

The four-floored building is located in the Cağaloğlu neighborhood of the Fatih district on the city's European side.

Ömer Civan, who claimed to be the owner of the deserted building, said that the sale price of the structure is $1.75 million. The man said that he inherited the building from his family and is now looking to sell it following his brother's death.

Mehmet Dilbaz, a history researcher, told Demirören News Agency (DHA) that the structure is very interesting because it was built over time in segments during different historic periods.

"It is a very interesting building because at the bottom there is a cistern about 1,800-years-old from the Roman Empire. Later, the cistern was buried in the soil with the city's gradual rise in elevation. During the Ottoman Empire, a completely different building was built on top of it. However, this building was also buried," he said, adding that the building standing today is much more recent and from Turkey's early republic period.

He also expressed his desire for the building to be taken under protection by the government as a historical site rather than being sold.

Dilbaz noted that these kinds of buildings are very common in Istanbul especially in the Fatih district, as many structures collapse over time for several reasons such as earthquakes and rebuilt in time.