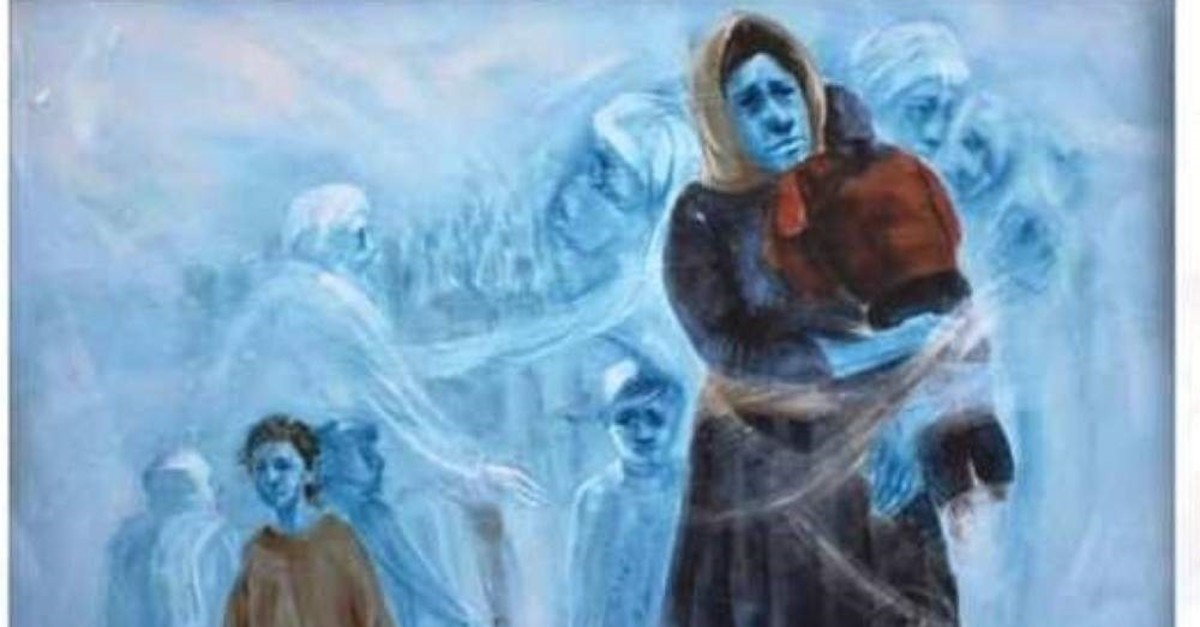 One of the paintings that competed in the international children's drawing competition that was organized to mark the 75th anniversary of the exile of Ah?ska Turks. (IHA Photo)
by Daily Sabah with IHA Dec 21, 2019 12:06 am

The results are in for a drawing contest initiated to mark the 75th anniversary of the Ahıska or Meskhetian Turks' forced exile from their homeland by the Soviet Union.

The international contest named "The Unrest Pain: Exile" was organized by the Presidency for Turks Abroad and Related Communities (YTB) and the World Union of Ahiska Turks (DATÜB).

Children and young people from Turkey, Kazakhstan, Azerbaijan and Russia participated in the contest.

In the 11 and 16-year-old category, Sarete Aydeniz and Meryem Rana Uçarer from Turkey finished first and second, respectively, and Annel Khinizova from Kazakhstan came a respectable third.

The Meskhetian Turks, an ethnic community that originates from present-day Georgia's Meskheti region, were exiled from their homeland upon the orders of Joseph Stalin.

Some 86,000 people were sent to Central Asia with around 17,000 of them dying on the road from hunger, freezing temperatures and disease. Their plight did not end in the places they were exiled to. They were taken to labor camps regardless of their age. The elderly, among the exiled that survived the continuous suffering, remembered the tragic lives they led in exile.

Today, the Ahıska diaspora is spread all across the world and Turkey hosts a large majority of them, something many members of the community are thankful for.